2010 is turning out to be a milestone year for Concept One, the Manhattan-based accessories business. The company is celebrating its 10th anniversary and has just opened its first retail store for own-brand Block Headwear

2010 is turning out to be a milestone year for Concept One, the Manhattan-based accessories business. The company is celebrating its 10th anniversary and has just opened its first retail store for own-brand Block Headwear.

The Concept One portfolio sweeps across all tiers of retail and offers a long list of licensors that fall into four segments; apparel brands such as Sean John and Rocawear; national brands such as Ford and Budweiser; entertainment properties, including Disney and Warner Bros.; and team sports, including the MLB and NBA. The first license Concept One signed on was U.S. Polo Association and today it does business with 60 licensors.

"Strategically, any time we look at a new license we consider how it fits with our whole portfolio," says Harvey Mallis, chief marketing officer at Concept One. "You have to authenticate the brand with the look and keep it consistent with what is being done in other segments of their business and make sure you are not cannibalizing anything."

One has been able to finesse its diverse assortment across top retailers, looking to position its licensors as the key apparel brands within a specific retail market tier. Penguin is well positioned at Nordstrom and Levi and U.S. Polo Association are top brands for Sears and Kohl's. Paul Frank and Domo are doing well across tiers, finding success at specialty chains and Target. Hats for beer brands such as Budweiser and Coors have been doing well at mid-tier on down over the last few months and the fastest-growing sports brand at Concept One is for the NFL in the women's segment.

"The whole concept of utilizing an intellectual property to help drive a business is added value," says Sam Hafif, president and chief executive officer of Concept One. "Where someone might be cautious about buying a $15 backpack for their child, a Rangers' fan will spend anything for a Rangers' product and that is the essence of licensing intellectual property. There are certain licensed brands that roll across every market tier such as team sport. We do everything from opening price point bags at Walmart all the way to canvas and leather bags at Bloomingdale's."

Even during a struggling economy, consumers will splurge for the smaller-ticket item such as a bag, scarf or hat to update last year's suit. 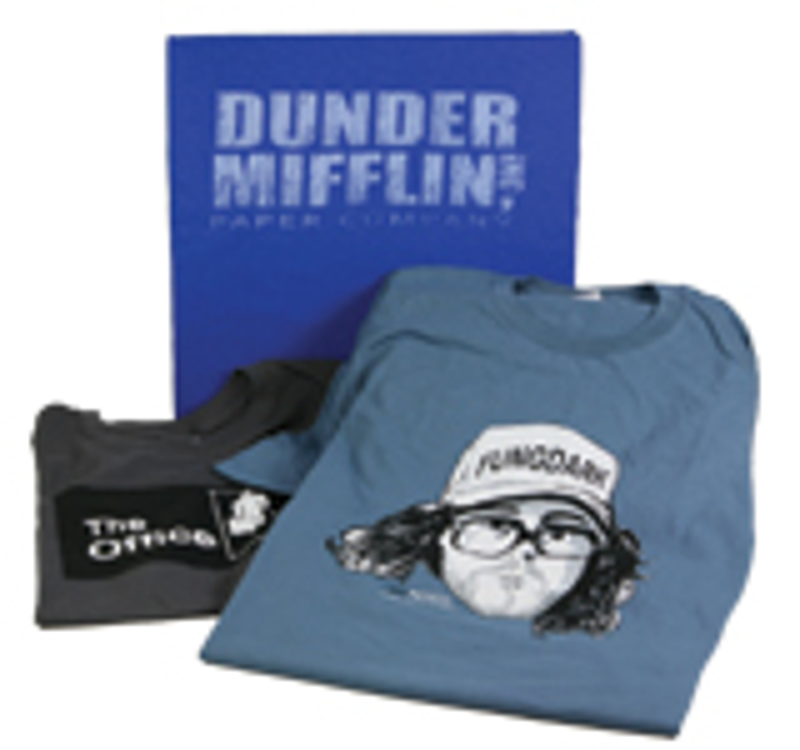 "Accessories always do well when the economy is tough. People always have a few bucks to accessorize a look," says Mallis. "Most of what we have in the headwear category is under $30."

And while as a category accessories are well positioned to weather tough times, there has never been more pressure to sharpen price points. 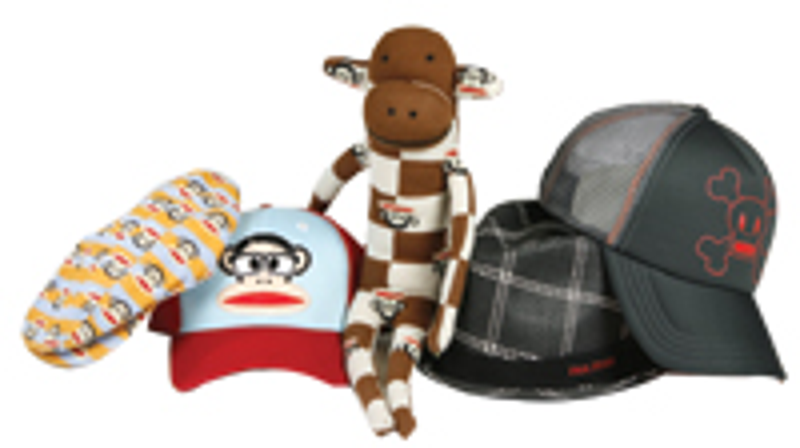 "The biggest key challenge today is the pricing. There is always pressure from the retailer to drive retail price points lower if possible. But you have to protect the integrity of the product and of the brands, so while you might be able to drive more sales with lower retail, sometimes it's not the best decision. And in an environment where you don't have a lot of growth you have competition that's really cannibalizing each other's sales and looking to steal shelf space and very often you'll have a weaker competitor pushing in on price because that is all they've got to work with," says Hafif. 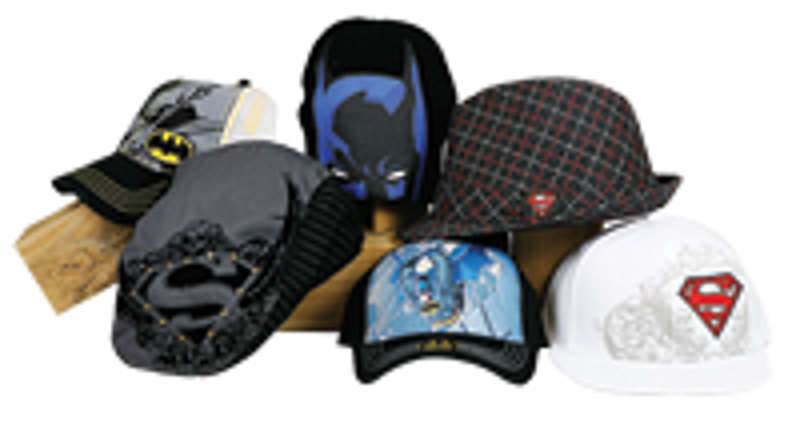 Concept One has grown its business by adding strategic licensing partners, but also by acquisition. Deals include acquiring a controlling interest in Helen Welsh, a women's accessories company, in March 2006, the purchase of headwear company Drew Pearson Marketing at the end of the same year, doubling Concept One's size at the time, and in January 2009 the acquisition of San Clemente, Calif.-based T-shirt company Logotel, which holds licenses to Peanuts, Dr. Seuss, The Office, Underdog and Domo.

Hafif has taken Block Headwear, a brand acquired in 2006, to a whole new level, opening a standalone store in Soho in early April. Block generated $3 million at retail last year.

"We bought Block Headwear in 2006 and we've treated it with kid gloves. We are in all doors at Saks and we are in Nordstrom and Lisa Klein, so it is real premium distribution. We want to build on that so the store will serve to present the Block brand the way that we envision it, as well as help us gauge the potential of a standalone men's accessories shop," says Hafif.

The 750-square-foot store is located in Soho on Prince Street between Elizabeth Street and Bowery. Within the store, the Block brand will be expanded to other categories such as belts and wallets and the store will carry some Original Penguin headwear and potentially other Concept One brands.

The timing was right for this first retail store because, according to Hafif, "We were able to get leases in prime locations for really half of what they are worth and we wanted to take advantage of that." 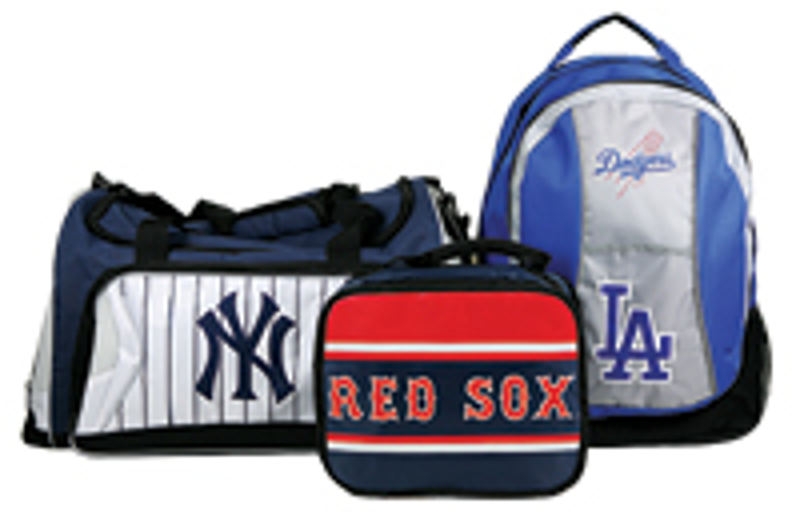 While declining to give specific details, Hafif said the company is looking to build out the women's business aggressively and he is currently considering further acquisitions in areas that both expand the company's current categories and potential deals that take Concept One into new segments.

And while making acquisitions and expanding its licensing portfolio are clear signs of an expanding business model, equally important to Concept One's success is the significant investment it is making beneath the surface to its internal processes.

"Last year, we developed 10,000 SKUs—they were designed, submitted to licensors, sampled, costed and shown to retailers. You have to have systems in place to process and manage it," says Hafif. Every six weeks the company flips 150 styles.

Concept One developed a program called Web Tech to manage its business with one database.

"We did not buy an off-the-shelf package, we were working on it for five years. It's a living program that we keep adding to," says Hafif.

Concept One eliminated data entry and sales people now use a smart form so they can't put wrong information into the system; the system has images and the order form can be emailed to customers. Most important, adds Mallis, the inventory is live. "We know exactly what we have," he says.

"It's a living breathing life cycle of a complete style of every SKU that we develop," says Debra Medley, vice president of merchandising.

A B2B Web site will launch in the next few weeks that will enable a small independent with a user name and password to log on and buy from inventory on their own.

Concept One does a big business with specialty stores and is investing in that channel with a call center staffed by about a half-dozen people dedicated to just calling on mom-and-pop stores.

"If you deliver the right product at the right time, when the customer wants it, they'll pay for it. That hasn't changed," says Hafif.

Trends move in and out quickly, especially on the female side of the business, says Medley.

The scarf business was big and has trickled down a bit. Hair accessories are strong now as are fingerless leather gloves and Peruvian hats.

movie," says Medley. "As fast as she sees it in the rag mags she is in the store looking for it."

Building a strong portfolio of licenses, making strategic acquisition and investing in its own infrastructure has steered Concept One through many years of strong sales gains. The company doubled revenue every year from 1999 to 2007.

"2008 and 2009 we grew, but not as quickly. Like most of the market, we felt the economic downturn and adjusted our business at the end of 2008. In 2010, our bookings are up against last year significantly. We're really not sure if we are getting back to the same trajectory, we doubt it. But we are not looking to double our business again because at our scale that would be impossible, but we project between 10 percent and 20 percent growth for the near future," says Hafif.

Because of market consolidation, many of Concept One's licensors are buying other companies, and subsequently, are bringing those deals to Concept One. For example, Sean John bought Enyce, Blac Label later brought in Antik Denim. The result, according to Hafif, is that Concept One is doing more business with fewer licensors. He says the Disney business is up almost 100 percent this year over last year.

Looking ahead, Hafif sees opportunity to expand in Mexico and Latin America, especially with the Levi brand. Concept One's 90-person staff is headquartered on 40th Street in Manhattan near Bryant Park in a two-level, 31,000-square-foot office. It also maintains a 25-person office in Shanghai.

Business aside, charitable outreach is also important and the reason Concept One Cares was launched two years ago. In New York, staffers volunteer at God's Love We Deliver, Trinity (LES) Lutheran Parish and Yorkville Common Pantry. In the Shanghai office, staff volunteers at HUA Yang Old Age Home. The company has made charitable donations to Maimonides Infants and Children's Hospital of Brooklyn, Children's Brain Tumor Foundation, Alaska Wilderness League and the UJA Federation.

Hafif launched Concept One 10 years ago, but started his first business, a hair accessories company, when he was 20 years old. One of the first pieces of advice he ever got stuck with him. "If you want to be successful just do what you say you are going to do," he says. Now, with many years of experience under his belt, Hafif adds with a laugh, "and work your butt off."