Licensing in Russia: The Moment has Come

Russia is a highly complex market that exerts an irresistible appeal for new business. Russia is the largest country in the world (1.8 times bigger than the U.S.). It is the world&apos;s biggest oil producer, has th 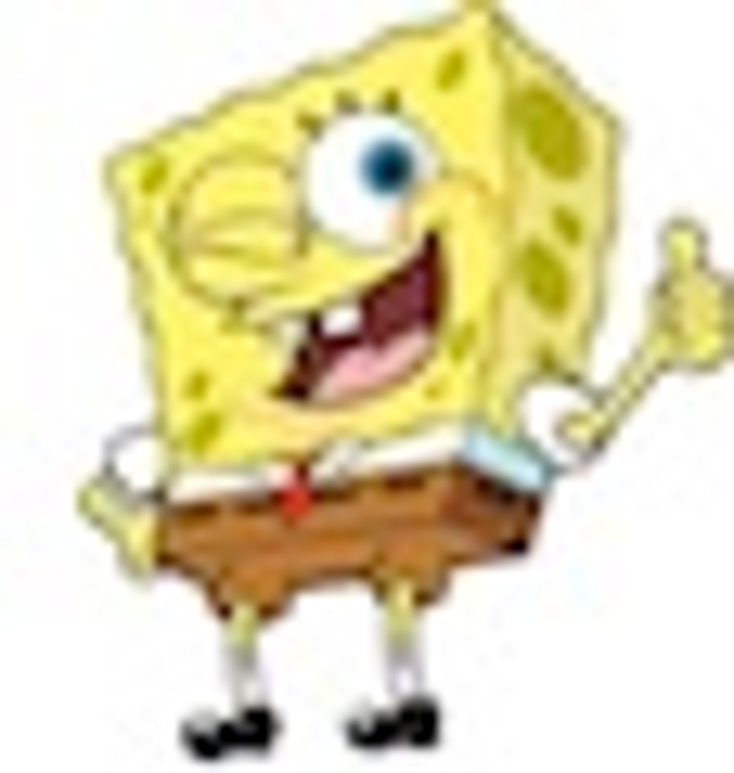 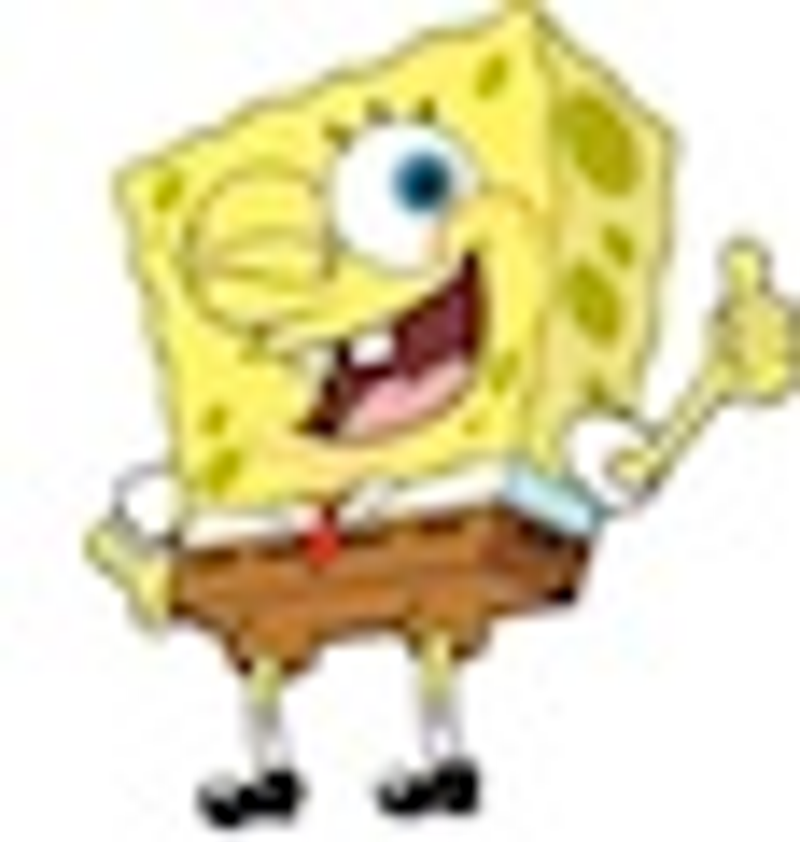 Russia is a highly complex market that exerts an irresistible appeal for new business.

Significant economic changes since the collapse of the Soviet Union have resulted in the privatization of most Russian industry, a more market-based economy and the emergence of a growing middle class. Russia's reliance on exports makes it vulnerable to global swings in commodity prices and it was hard hit by the most recent global economic crisis. However, the Russian economy has averaged 7 percent growth since 2008, while the CIA's

puts its 2009 GDP per capita at $15,100. With 142 million people, Russia has more consumers than Japan and nearly half the number of the U.S.; nearly three-quarters are urban dwellers.

The high-profile emergence of a super-rich class of Russian consumer, happy to be feted by the West's celebrity magazines and gossip columns, has given Russia a certain air of exoticism and reputation for hungry brand-consumption. Most luxury and high street brands have a presence, but it is limited to Russia's capital city, Moscow. The purchasing power of most of the country's consumers is quite different from that of the super rich.

Things are steadily and unmistakably changing though.

A newsletter from Rio Licensing (a home-grown Russian licensing agency) summarizes market conditions as: "All the necessary conditions for licensed products are finally here: the legislative, the economic, the demographic and the infrastructural ones."

Although there are challenges of bureaucratic red tape and a need to constantly educate consumers and retailers, there is a burgeoning licensing business in Russia.

If you ask Kidz Entertainment's Claus Tomming what size the Russian consumer products market could grow to over the next five years, he says: "It is like asking someone what the surface will feel like when you get to the moon. It's all guessing. There is no doubt that a property, well done, with detailed plans and marketing support can be popular, but you can't guess how that will translate into sales."

Categories that have embraced licensing include books and publishing products, grocery, novelties, back to school and toys but apparel licensing has yet to develop significantly. There is more cooperation and openness between local and international companies, facilitating growth.

"We see less caution in this market than even a year ago," says Nickelodeon Consumer Products Vice President Jennifer Lawlor. "International partners are less risk-averse and are more open to working with local partners – and vice versa. This is exactly the right time to get a consolidated consumer products program off the ground."

As the number of strong companies involved in licensing in Russia increases, there is exponential growth in all directions.

"Now we are moving into new categories such as apparel and home furnishings," says Tomming. "And we are adding new licensees and creating geographical development. It's moving from being a Moscow-only business to include more regional companies. We are adding strong properties, including strong local properties and I believe that in 2011 we will see critical mass that will create significant growth into the future."

Russia's biggest retailer is Alfa's X5 Group, the market leader, boasting sales of $8.7 billion in 2009. (Planet Retail forecasts this rising to $29.8 million in 2014.) Last year X5 acquired the chain Kopeika, raising the number of stores to 2,300. X5 has had a long-standing direct-to-retail deal with Fox's "Ice Age" franchise across grocery and non-grocery products, proving very successful and has stayed in-store consistently.

Western retailers have struggled to evolve and to acquire in Russia so far. Carrefour exited the region, although it subsequently stated it would like to make fresh attempts on the market. Germany's Metro Group is the most advanced in the region. Wal-Mart closed its Moscow office late last year.

: "Walmart has tried for almost ten years to enter Russia. However, it missed a couple of acquisition targets like Kopeika. Foreign retailers find it hard to make acquisitions in Russia as the business environment is very specific and at the moment there not many retail chains on offer. Foreign retailers could expand organically, but it is very difficult and it requires lots of experience/contacts in the local market. However, Metro Group and Auchan have proved that organic expansion is possible."

Russia's largest retailer of toys and children's goods is Detski Mir (meaning "children's world"). It offers 50,000 SKUs across about 160 stores with a flagship store on Moscow's Lubyanka Square.

Tomming says that there is no doubt some of the growth likely to come in the Russian market comes from just giving people the opportunity to buy the product, but the main challenge is getting it on shelf.

"If [product is] there, people will buy it, but it's a constant process of education with retailers," he says.

Product promotions are increasingly important in this market and the biggest U.S. consumer products companies are making strong moves into the Russian market.

Russia was one of the first countries to introduce radio and television and now it hosts more than 30 terrestrial channels and about 100 pay TV channels. None are specifically for children, but most of the national channels offer kid's programs. Pay TV (which accesses numerous Russian language channels aimed at youth and children) subscriber numbers stand at about 14.5 million but Rio Licensing quotes a J'son Consulting report which says this number will increase to 22 million by 2014. MTV was an early entrant to the Russian market, launching in partnership with a local company in 1998, and has laid strong foundations for Nickelodeon and its other brands in the market.

"We brought something to market that hadn't been there before and we did the right thing by developing in partnership with a local private equity firm," says MTV's Country Manager for Russia Nick Walters. "Since launch, we've seen constant ratings growth and have been able to invest in original local content, which now makes up a significant proportion of the channel output, and is vital in keeping it fresh."

MTV is turning its attentions to developing the Nick brand, which already enjoys a popular block on terrestrial channel TNT.

"The Russian market has respect for the right international content but you have to take the time to identify what will work here," says Walters.

Undoubtedly MTV's most popular brand is SpongeBob Square Pants, which is represented by Plus Licens in the region. Magazines and toys are already on the market, but Russian consumers should expect to see a concerted effort this year with lots of new products during 2011 and ambitions to create special SpongeBob areas at retail. There are eight local SpongeBob licensees in addition to the international licensees who are also active there.

In the preschool arena, Russia's most successful commercial animated brand to date has been Marmelad Media's "GoGoRiKi."

Represented by Rio Licensing (which has been working in the kids' market in Russia for 15 years), it resulted in $160 million in retail sales in 2008, with royalties of $10 million. A new preschool animation, "Masha and the Bear," now looks poised for domestic and international expansion as well.

If all goes to plan, "Beyblade," which launched on Russian TV in January, could significantly shift market expectations for what a foreign entertainment property can achieve in Russia. The launch is the biggest ever for a foreign property in the territory. It's been a labor of love for Kidz Entertainment, Nelvana, Hasbro, the channels and other partners that have brought it to market.

"Like most things in Russia it has taken slightly longer than expected," says Tomming.

The show airs on TNT on weekends and will launch on weekdays in March on TV3. Tomming describes this broadcast on two federal commercial channels as "perfection."

Tomming's confidence in the brand is bolstered by its previous success in Scandinavia – Beyblade's biggest market in sales per capita. In Russia there are local partners on board for toy confectionery, DVD, publishing, magazines and back to school, as well as distributors for international products.

"It's so much harder to pull this off in Russia," explains Tomming. "It's an outstanding piece of work by our team here, and by Nelvana, Hasbro and the channels. You need confidence from everyone, but also a level of transparency, which is unusual in Russia."

The next five years will be crucial in the development of the licensed consumer products market in Russia. As demographic, economic, retail and broadcast conditions align with a greater understanding between local and international partners, and by the perseverance of licensing executives to learn how to do business here, the industry could start to build towards its ultimate potential.

As one expert in the region says, "Living and operating in this country is maddening."

But however exasperating, the prize offered by Russia is too great to put things off until another day.