Who are the World’s Leading Licensees?

Licensees are a vital part of retail. As third-party services for design, distribution and manufacturing, licensees help licensors' product get to as many retail shelves as possible. 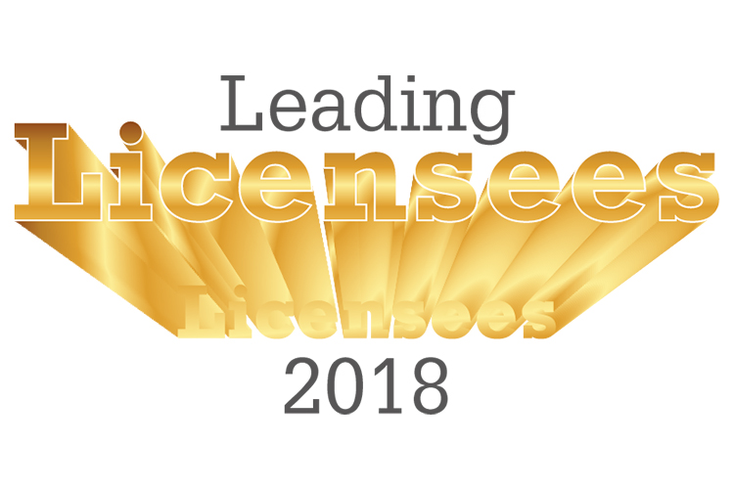 Licensees are a vital part of retail. As third-party services for design, distribution and manufacturing, licensees help licensors' product get to as many retail shelves as possible.

License Global compiled a list of some of the leading licensees across all categories. Included within these pages are 175 (up from last year's 150) of the best-of-the-best in the business, from apparel licensees all the way down to consumer electronics manufacturers.

TO SEE IT AS IT APPEARED IN PRINT

* The 175 Leading Licensees report is compiled from reader surveys, License Global industry intelligence and covers all major categories. It is not intended to be a comprehensive industry survey.

Concept One also aims to include the latest fashion and pop culture trends while consciously incorporating brand characteristics into their products in an effort to make consumers feel the product is an extension of the brand. Concept One plans to announce a host of collaborations with some of its licensors during the remainder of 2018 and in 2019.

Categories: Handbags, backpacks, luggage, gift and home décor, housewares and cold weather accessories FAB Starpoint, a division of FAB NY, focuses on categories such as back-to-school, luggage and travel, handbags, cold weather, gifts and home décor geared toward the youth and adult accessory markets.The company has built partnerships with all major licensors including Hello Kitty, Disney, Marvel, Lucasfi lm, Nickelodeon, Hasbro, Warner Bros., MGA Entertainment and many others. FABs brands include Mojo Life, a backpack brand inspired by music, fashion and pop culture, that was launched in 2011. Mojo Life has now evolved into a lifestyle brand that continues to grow via its robust co-branding success with properties such as Deadpool, Pac-Man and SpongeBob Squarepants, and it has exciting partnerships on the horizon. Other FAB NY proprietary brands include dELiA*s Girl, which is marketing to the tween consumer.In 2010, FAB founder Steve Russo launched the Danielle Nicole brand alongside its founder and creative director, Danielle DiFerdinando. The line caters to a price-conscious contemporary consumer with key price points ranging from $68 to $199. In 2016, FAB and Danielle Nicole partnered with Disneys Princess franchise to create a co-branded line that appeals to the nostalgic and whimsical side of the contemporary consumer. The line currently sells at retailers such as Topshop, Asos, HSN, Bloomingdales, Nordstrom, Fred Segal and more. As the Danielle Nicole social media following has evolved, so too has FAB NYs ability to expand its partnerships. Co-branding with leading consumer products companies such as Warner Bros. for Harry Potter and Looney Tunes, HBO for Game of Thrones and Nickelodeon for a throwback 90s Rugrats experience are just a few of the dynamic initiatives FAB NY is working on. FAB NY strives to remain fl exible and adjust to an ever-changing retail environment. The company has partnered to bring fashion products in its core categories to the market, achieving a unique balance between fashion, brands and content-driven entertainment.

Founded in 2002 by president Brad Anzaroot, Forever Beauty New York manufactures specialty beauty products including makeup, nail polishes, beauty brushes, cosmetic storage containers, fragrances and creams.FBNY considers itself a fashion company that focuses on the hottest trends in cosmetics with an emphasis on sharp colors, innovative packaging a nd quality products. Differentiating itself from established beauty industry giants like Estée Lauder and Revlon, FBNY says it aims to make fresh and fashion-forward products, similar to Kylie Cosmetics by Kylie Jenner and ColourPop.FBNY also offers licensors innovative products in men’s beauty, an underpenetrated segment, it says. It offers face scrubs, creams and lotions. For women’s beauty, FBNY is ushering in new canisters and new packaging options that use an array of eye-catching colors.  In 2017, Goldview Capital, managed by Elie Levy, acquired a majority stake in FBNY. Levy, founder of Planet Sox, has helped FBNY acquire licenses, improve its replenishment systems and strengthen its research and development.While keeping a strong focus on its private brands The Beauty Shop and Totally Girlz, FBNY will launch three new brands in 2018 and 2019–Donna Loren, Pink Label and Xoxo.

Handcraft, a leading provider of childrens character underwear, offers an array of childrens products and solutions for parents of young children in the potty-training phase. Handcraft creates high-quality products, including quick change kits and potty-training kits, that fi ll gaps in the market and extend beyond current market needs. According to Handcraft vice president Marshall Mizrahi, the company maintains 99 percent of the childrens licensed underwear market in the United States and prides itself on constant innovation. In 2008, during an economic decline, Handcraft became a market leader when it increased the basic three-pack underwear product to a seven-pack product, according to Mizrahi. The physical footprint of the seven-pack product was the same as the three-pack product, an added bonus for buyers who may have been limited by space restrictions.Two years ago, Handcraft introduced cotton training pants as a licensed product featuring characters that children love. Cotton training pants had previously been available only as a branded product, according to Mizrahi, who added that Handcrafts cotton training pants remain the companys top item on Amazon. Founded in 1946 by Joe Mizrahi, who sold handkerchiefs door-to-door, Handcraft has established and nurtured deep relationships with its partners for decades. The company proudly spends a substantial amount of time with each buyer to review all properties available to buyers.For the remainder of 2018, Handcraft plans to focus efforts to grow PottyGenius.com, a robust online community established by Handcraft that serves as a resource for parents who are potty training. Handcraft hopes to use the online community to cross-sell products and expand business. The company says it also plans to push gaming and athletic wear to target older segments, such as tweens, who want tech and innovation in their products and who love soft, stretchy fabrics.

Categories: Stationery and arts and crafts

Categories: Toys and games and novelties

Just Funky is a premier manufacturer of licensed and private label merchandise for the mainstream retail market. With an extensive portfolio of licenses with big brands such as Marvel, Guns N’ Roses, “The Golden Girls” and PlayStation, Just Funky says it aims to make high-quality, exciting lifestyle products using cutting-edge techniques. The company’s impressive list of retail partners includes Target, Nordstrom and Spencer’s, to name a few. Comprised of fans that design for fans, Just Funky considers itself a group of “out-of-the-box thinkers” who constantly seek out new techniques and products to offer its customers. For example, the company had 12 patents in just the last year and new offerings like Pokémon Pokémikke ice cream summer collection. For the remainder of 2018 and 2019, Just Funky plans to continue setting new benchmarks in its lifestyle business, expanding sales territories, creating new techniques and patents and closing deals with exciting new properties that will allow the company to continue offering top-notch products.

Categories: Toys and games and novelties

Sakar International is a leading provider of consumer electronics and accessories. Founded in 1977, Sakars core categories include audio and mobile accessories, youth electronics, digital imaging and optics, wheeled goods, musical instruments and health and wellness. Sakar also owns several brands including Vivitar and Altec Lansing, both of which are distributed globally. Sakar has a broad portfolio of licenses on the youth entertainment side including major studios and global toy companies across their brands as well as newer licensors, lifestyle kids brands and adult corporate and consumer electronics brands. Some of the companys hottest licensed lines include Barbie, Hatchimals and Teenage Mutant Ninja Turtles, to name a few. Sakars strength is in its inventory power, global reach, deep distribution networks, brand portfolio and consumer electronics category assortment, as well as its award-winning packaging and display innovations. The company is also known for being nimble, for its speed to market and for providing value and great quality to its customers. With headquarters in Edison, N.J., and offices around the world, Sakar is truly global. Its product managers and key creatives travel constantly, attending trade hows, shopping retailers around the world and following fashions to ensure that its products, technologies, packaging and displays are on-trend. For the remainder of 2018, Sakar plans to expand into new product lines on the kids side and to streamline its focus on brands in order to give added attention to each product it launches.

SportLife Brands is a premier apparel manufacturer specializing in performance wear, activewear, underwear and intimates. SportLife, which began as a manufacturer and later expanded its competencies to serve as an agent, has a well-established factory and a robust global sourcing base. The company prides itself on providing high quality products with an impressive speed-to-market delivery. More recently, SportLife has been obtaining its own licenses.SportLife’s partners include retail heavyweights Macy’s, Bloomingdales and Nordstrom, and the company has had deals with Disney, Marvel and Elle, according to the company’s website. The apparel brand offers licensors unique printing, performance wicking yarns and odor repellent yarns that contain silver and copper.

Founded in 1967 by president Michael Kassin’s father, Abe Kassin, SportLife Brands has been operated by Michael and his brothers for a decade following their father’s passing. In 2017, Blackview Capital, managed by Elie Levy, founder of Planet Sox, purchased a large stake in SportLife Brands, propelling the company’s expansion and growth. For the remainder of 2018, SportLife is set to launch six new licenses in North America and launch various businesses in Japan, Europe and Russia.

Taste Beauty is a leading beauty brand for teens, tweens and beyond. The pop-culture-driven brand creates fun, flavorful and unique products that have captured the attention of major retailers like Sephora and Hot Topic. Founded in 2015 by a trio of proven beauty industry executivesTom Crowley, Alex Fogelson and Sabrina Vertucci Taste Beauty achieved early success by creating buzzworthy, trend-driven custom products via 3D printing that were made of high-quality flavors, fragrances and formulations. Taste Beauty offers licensors creative custom packaging that is unique to each brand and easily captures the consumers attention. Its cosmetic products are gluten-free and never tested on animals. The company prides itself on delivering high-quality products, excellent customer service and rapid speed to market. Some of Taste Beautys most notable products that successfully leveraged viral tween trends include GlamSpin, a fidget spinner that contains three lip glosses, and a popular. Bye, Felicia lip balm.Taste Beauty plans to significantly expand its bath and body business for the remainder of the year and in 2019, as licensors gravitate toward the companys innovation in the personal care space.