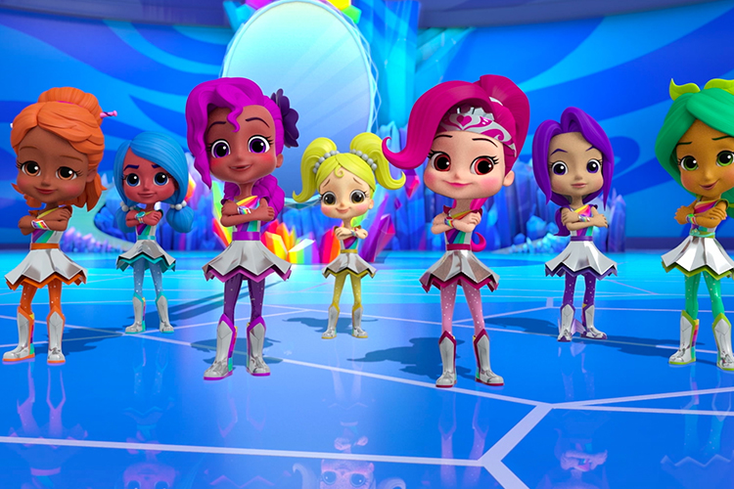 Currently in production, “Rainbow Rangers,” a CG-animated preschool series, will premiere this fall on Nick Jr. The series follows the adventures of seven magical girls who are Earth’s first responders charged with protecting people, animals, resources and the natural beauty of our world.

The property is one that Genius Brands feels strongly about.

“We really wanted to speak to the today’s girls–and the mothers of today’s girls–and wanted to get past traditional girl role models and play patterns,” says Lloyd Mintz, senior vice president, global consumer products, Genius Brands. “Girls are ready to be on their own and be the heroes of the shows.“

Genius Brands is developing a strong global consumer products program to roll out in spring 2019, and has already signed several blue-chip, industry-leading licensees across a multitude of consumer products categories. Master licensors include Mattel for toys, MacMillan Publishing for publishing and Bentex for apparel.

Other licensors for “Rainbow

“The messaging of the show is universal, and will appeal to markets across the world,” says Mintz.

Currently streaming since January, Netflix’s original preschool series “Llama Llama” is also a focus at Licensing Expo. Based on the award-winning and best-selling book series by author and illustrator Anna Dewdney, the animated series stars the voice of actress Jennifer Garner. Produced in 20 different languages, “Llama Llama” is about first childhood experiences and adventures, as well as the connections between the lead character, Llama, and his parents, grandparents and best friends.

Genius Brands has signed multiple licensees to begin rolling out initial products in conjunction with the series debut, including bedding and room décor from Franco Manufacturing, animatronic plush from Cuddle Barn, Jack-In-the-Box, plush and puppets from Kids Preferred, Intimo for sleepwear, Prime Party for online party supplies and Myself Designs/Myself Belts for belts.

The popularity of Netflix series is currently helping sales of the book series, which works for Genius Brands.

“It’s creating a virtual circle of franchise reinforcement, where to books gave awareness to the TV show, which Netflix never really had before in any of its children’s properties,” says Mintz. “The TV series launches on Netflix, then people who know the book series have gravitated to the TV series.”

Product will begin rolling out to retail by Q4, with a full-scale retail program launch anticipated during Q2 2019 and continuing to grow throughout the year.