As 2022 draws to a close, License Global looks ahead to 2023 to see which brands will be celebrating anniversaries and what that could mean for the licensing industry. 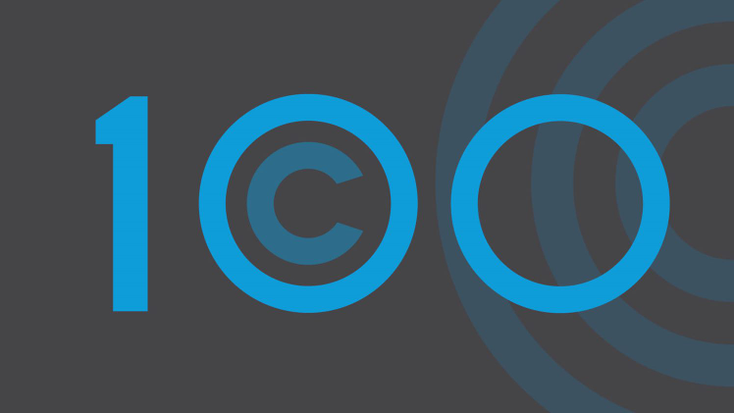 ., were both founded in 1923 and will be celebrating their centenary year in 2023, along with several other historic brands.

Founded as the Disney Brothers Studio on Oct. 16, 1923, by brothers Walt and Roy O. Disney. The

products and retail experiences span across its iconic brands, such as Disney,

, all of which are delivered through channels including the shopDisney e-commerce platform, as well as at Disney Parks, local and mass-market retailers and Disney stores globally.

In October, it began its “

” celebrations with a star-studded event in London, where it announced a series of experiences, exhibitions and concerts to celebrate its centenary year. These include:

celebrates its 135th anniversary. Now a popular magazine, The Walt Disney Company has held controlling interest in the company since 2019.

was founded on Dec. 7, 1993, as Marvel Enterprises and is set to turn 30. It is a subsidiary of Walt Disney Studios, a division of the Walt Disney Company. Marvel Studios produces the Marvel Cinematic Universe films and series, based on characters that appear in Marvel Comics publications.

In 2022, the Walt Disney Company was ranked top of License Global's annual report,

Warner Bros. was founded by four brothers, Harry, Albert, Sam and Jack Warner, as Warner Brothers Classics of the Screen on Apr. 4, 1923.

. is the flagship subsidiary of the newly formed

, which consists of nine business units, including DC Entertainment and CNN. In October, Warner Bros. Discovery announced the

Race organizer, the Automobile Club de l’Ouest (ACO) has partnered with the Monnaie de Paris, the institution responsible for producing France’s coins, to create a unique centenary trophy for the winner of the race.

Along with the Indianapolis 500 and the Monaco Grand Prix, the event represents one leg of the Triple Crown of Motorsport.

24 Hours of Le Mans’ licensing plans for the centenary race

, as it’s now known, originated as Kraft Foods in December 1923 and is now one of the largest food and beverage companies in the world, with global brands such as Heinz, Velveeta, Oscar Mayer, Capri-Sun, Maxwell House and Philadelphia.

In the last 12 months, the Kraft Heinz company has launched a

, teamed up with Popbar for

Hilco on a new candy

The London Underground map marks its 90th anniversary in 2023.

Designed by Harry Beck in 1933, the unique design of iconic map is recognized worldwide, opting for neat, colorful lines, rather than geographical accuracy, like traditional maps.

Jan. 10 marked 160 years since the network itself opened. The line between Paddington and Farringdon used gas-lit wooden carriages hauled by steam locomotives and became the world's first underground railway.

TfL has a busy year in 2022, with collaborations with the likes of

. Having announced in October that its

is up for tender, more details are expected soon regarding anniversary collaborations.

, was created by publishing company DC Thomson, with its first issue being published 85 years ago, on July 30, 1938. Beano has created characters that have stood the test of time. It is represented by

, which says Beano has 91% brand recognition amongst adults in the U.K.

Rocket is preparing a celebratory range of consumer products to mark the milestone.

will be 75 in 2023. The brand is set to highlight its classic footwear styles, including the  PUMA Suede, Clyde, Riders and Slip Streams, through dedicated content and events.

PUMA was amongst License Global’s Leading Licensees in 2022.

“We have big plans for Laura Ashley in its 70th year, from partnering with Britain’s best loved brands to stepping further into the fashion sphere with multiple collaborations,” says Carolyn D’Angelo, managing director, Gordon Brothers Brands, president, Laura Ashley Global. “We’re also expanding our global store portfolio with openings planned in Japan and Korea. Our ambitious targets will see the brand continue to grow in the U.K. and beyond.”

The anniversary product collection and exclusive collaborations will carry the brand’s anniversary stamp, which celebrates 70 years of heritage. The design features the bramble that is recognizable from the early brand logo, developed by Laura Ashley herself and her love for wildflowers and British hedgerows.

Men's lifestyle and entertainment magazine, Playboy, formerly in print and currently online, was first published 70 years ago, in 1953.

, the distributor and licensing agent for the action-adventure series “

,” partnered with Beeline Creative, Hallmark and Rittenhouse to bring brand new collectibles to fans in the U.S. In

, Alastair Smith, senior publicist, children’s & global comms lead, BBC Studios didn’t give much away about plans for the anniversary celebrations, which have been kept relatively under wraps, but it has been revealed that actors David Tennant and Catherine Tate will be returning in some capacity.

and launching its Easter candy collection earlier than ever. The lineup includes returning flavors and new marshmallow creations.

In 1973, “The Rocky Horror Show” debuted at the Royal Court Theatre in London. Ahead its 50th anniversary,

Golden Goose has been appointed to develop an international licensing program

licensees and new international agency representatives have signed up

in advance of the musical’s milestone, include dress up (Smiffy’s), illustrated comic books (Dark Horse) and categories in development include apparel, figurines, pinball and slot machines.

in Amsterdam, Netherlands, first welcomed visitors on June 2, 1973. Ever since, the museum has been inspiring people with the works of Vincent van Gogh and his contemporaries. The 50th anniversary program includes three special exhibitions at the museum and a birthday party on Museumplein in Amsterdam on June 2, 2023.

about the museum’s plans to mark the milestone. “We have new artwork specially developed for the 50th anniversary which we will showcase and would love to meet new companies to celebrate this with us with a limited-edition product line or assortment. Like we do with our existing partners. We want to really celebrate our 50th anniversary together and everything that comes with it.”

August 1973 marks the origins of Hip-Hop

, and an entire culture that has moved the world for 50 years. As part of the worldwide celebration for this cultural milestone, Legends Recordings announced the launch of The Official 50th Anniversary of Hip-Hop licensing program.

, in connection with the Universal Hip Hop Museum.

, The 50th Anniverary of Hip-Hop international licensing will include merchandise, concerts and music festivals, including an appearance at the Licensing Expo 2022 opening night party in Las Vegas. The Brand Liaison has already announced the

In addition, Legends Recordings has teamed up with nonprofit organization, Beats Rhymes & Relief, to

with the goal of raising $250 million.

“Return of the Jedi”, LucasFilms

The third installment of the original “

” trilogy, “Return of the Jedi,” was released 40 years ago, on May 25, 1983. It is now the sixth chronological film in the ‘Skywalker Saga’ in a franchise that stretches to nine movies and has taken over £10 billion worldwide, only surpassed by the

A range of consumer products, produced by Hasbro under license from Lucasfilm Ltd, are already on sale, with more sure to follow …

” trilogy. Naturally, it was accompanied by the launch of the largest global licensing program in the history of the franchise. The franchise as a whole sits 11th on the all-time movie franchise list, taking more than $6 billion at the worldwide box office.

behind the scenes of the world’s definitive dinosaur brand.

In that interview, Vince Klaseus, president, Universal Products and Experiences (UP&E), NBCUniversal, said plans were in place to ‘celebrating the film’s 30th anniversary in a big way next year, capitalizing on the nostalgia.’

, the first episode of “Mighty Morphin

,” debuted 30 years ago, on Aug. 28, 1993. The brand catapulted into popular culture with a line of action figures and other toys by

. By 2001, the media franchise had generated over $6 billion in toy sales.

fan stream last year revealed the likes of the Dino Fury cast, as well as Yost and Jones, Johnny Yong Bosch, Steve Cardenas, Karan Ashley and Catherine Sutherland will be returning for the 30th anniversary.

has announced a series of new “

” specials to mark its 10th

anniversary, while a spin off featuring pup Rubble, entitled “Rubble and Crew,” is also set to premiere in 2023. On the big screen, Nickelodeon and

have announced plans a movie sequel, “PAW Patrol: The Mighty Movie,” which is due for release in October. The original movie took more than $144 million at the box office and, according to BrandTrends, “Paw Patrol” is the firth most popular license for children aged 0-14.

Do you have a brand or IP that has an anniversary in 2023? Let us know by dropping an email to

Below is a list of all of the 2023 anniversaries, by category. Is your brand missing? Let us know …

Do you have a brand or IP that has an anniversary in 2023? Let us know by dropping an email to