It has been difficult to attract sophisticated comment from the licensing professionals we talked to about why Pooh has endured so successfully for 80 years or about why he appeals seamlessly across age groups and international boundaries. 'It's because he's cute,' said one. Another: 'because it's all about friendship'.

mothers are more in tune. 'If you're going to a kids party and you want a safe present, you'll take Pooh - it's accepted across social and age divides,' one told us. Another, 'it's because Pooh product is usually good. You can rely on it to make a good impression.' One design licensee points to the timing of the books' release. 'It was publishing for the middle classes at a time when the number of books on the market was exploding. So it was one of the first to reach a critical mass, which has an effect that can last for six to eight generations.' The idiosyncratic supporting characters and made up words and names are also given credit; in our poll, when asked for a favourite character, no one chose Pooh (or did no-one dare to choose Pooh?); they mostly chose Tigger.

A Blueprint for success?

If you were to go back to 1924 and draw up a blueprint for creating one of the two most successful properties on the planet you probably wouldn't start with four simple books, written by some-one relatively inexperienced in the children's market and illustrated in black and white by a Punch magazine cartoonist. You wouldn't go on to advise decades of messy legal wranglings nor the sad, resentful life of the boy on whom the only human character is based. Nor would you suggest that the original concept be given a total makeover in its 40s by Walt Disney himself and expect the original to continue as a best seller, in parallel. But this is what has happened. It doesn't make an easy precedent for propety creators today.

To get anywhere near understanding why Pooh is so suited to his international life of success you have to get close to sounding like Frederick Crew's literary satire but, without a doubt, the answer lies with the original four books. To begin with, A A Milne's Pooh (and the other characters) is never sentimental; it is only readers and consumers who are sentimental about him. Being A Bear of Very Little Brain means he is uncomplicated, like a blank sheet of paper and the perfect vehicle for other imaginations and sentiments. As Egmont's Sue Parish has already identified here, the strong characterisation means we desribe humans as being like Tigger or like Owl rather than vice versa. But most commonly admired is the fact that the stories of Winnie-the-Pooh can be understood on many levels. Infants, children, adults, hippies, academics, teens, philosophers can all find something about Pooh that is funny, meaningful or entertaining and this best sums up the skills of Milne and Shepard.

Unlike Mickey Mouse, Pooh is not a trend-setter and is unlikely to ever be a design or fashion icon in quite the same way. DCP's Guenther Hake explains Poohs appeal to the German market is because of 'his quiet and peaceful existence in an ideal world living close to nature. Or, in summary, his 'Pooh-ness.' If you take this passive, subtle, something-for-everyone story with all its irresistable humour and add the power of Disney to market, refresh and protect it, you come close to explaining how the bear has attained heights unimaginable for any other property. But could it have happened for any other property? Could it have happened without 60 years of being seeded in the consciousness of book loving children and families? And would the whole thing vanish in a puff of fairy dust if it wasn't for those four small books. We will never know.

A. A. Milne born in Scotland

A. A. Milne's When We Were Very Young book of children's poetry published, includes poems about Pooh.

Winnie-the-Pooh published. The first collection of stories about Pooh and his friends Christopher Robin, Eeyore, Piglet, Rabbit, Owl, Kanga and Roo - and their adventures in the Hundred Acre Wood.

Now We Are Six published, another collection of poems

The House at Pooh Corner published. Tigger is introduced.

A. A. Milne assigns Pooh merchandising rights for US and Canada to literary agent Stephen Slessinger. 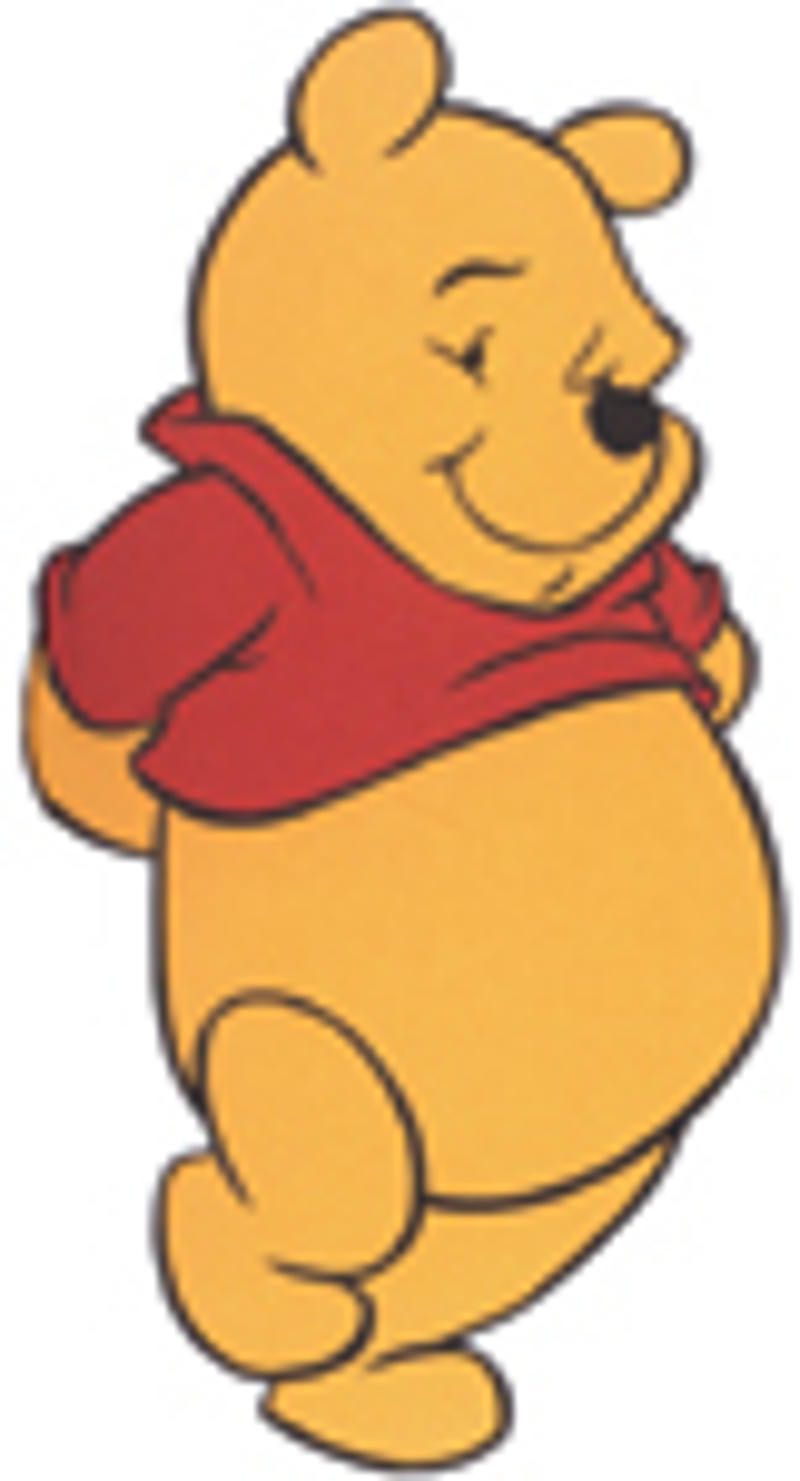 The Many Adventures of Winnie the Pooh released. Disney's first full-length feature, includes a new character called Gopher who admits 'I'm not in the book, you know!'. 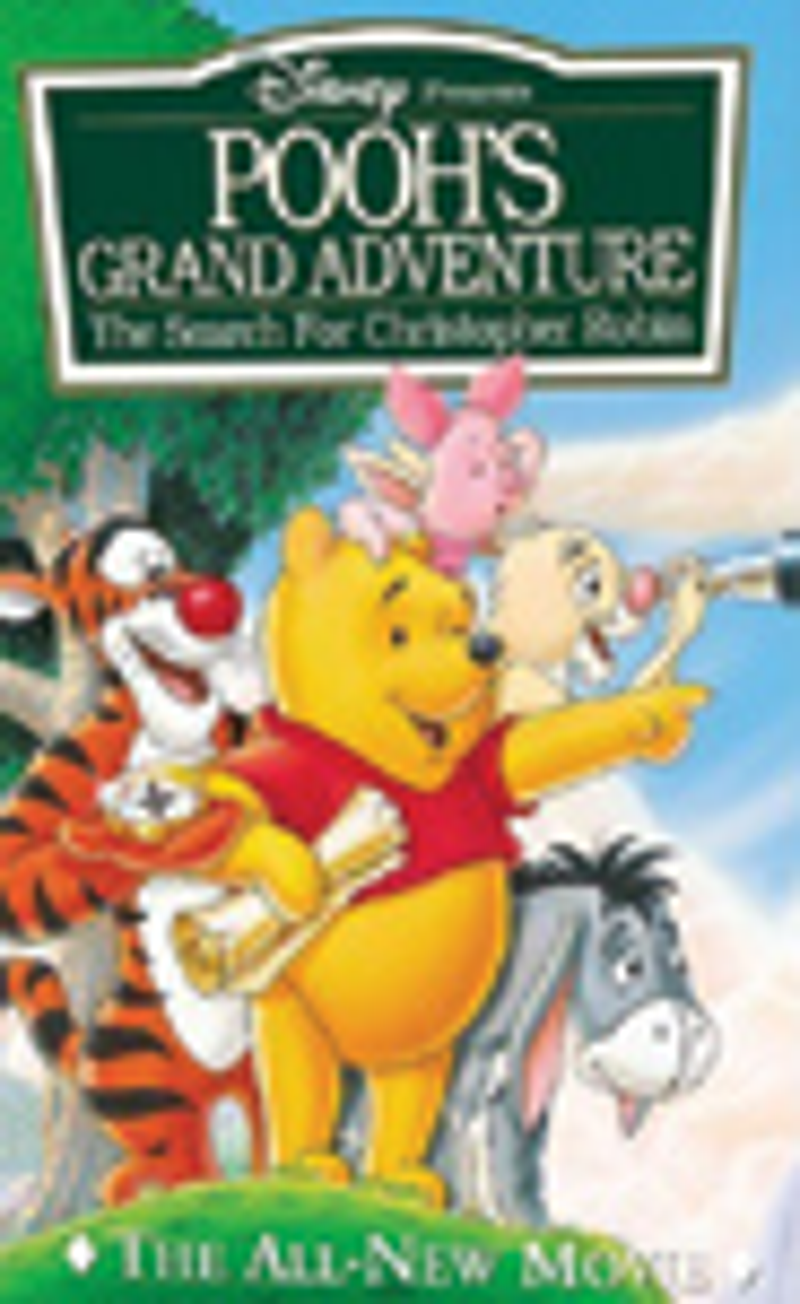 Fresh from the success of Lion King, Disney puts all its marketing efforts behind Winnie the Pooh to establish it as a classic children's brand. 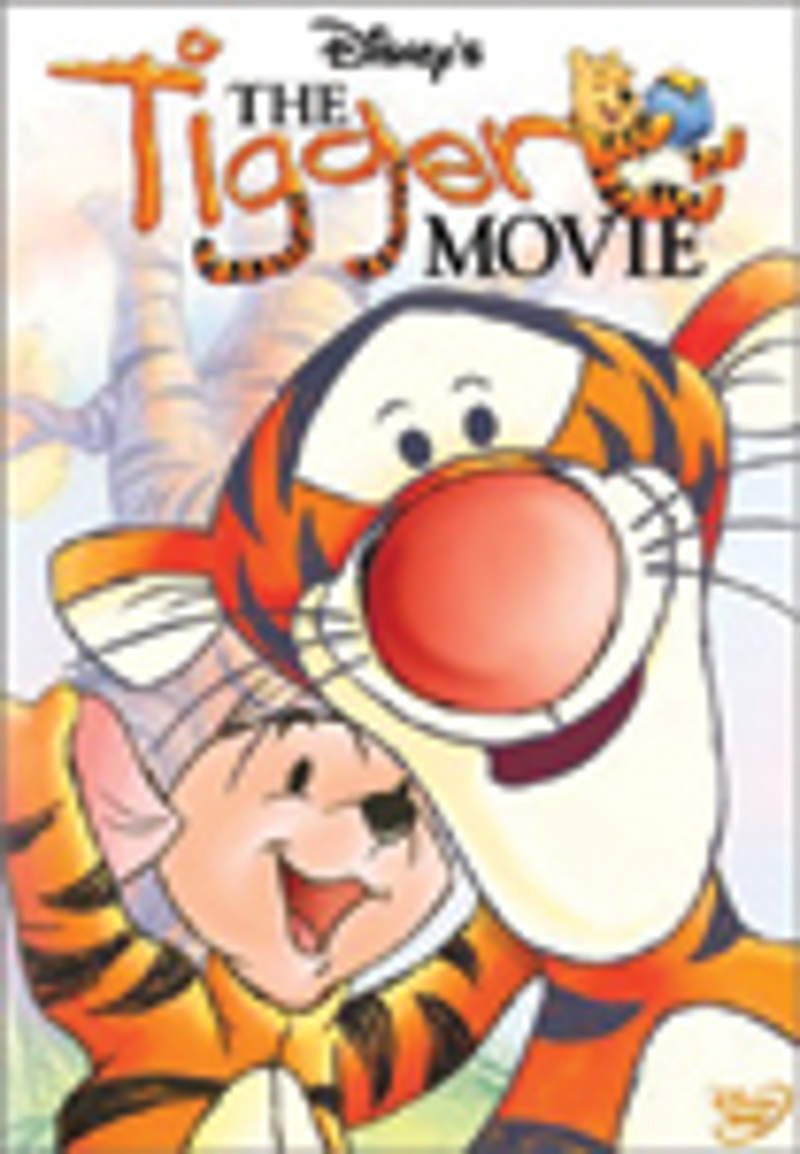 Disney announces a new character, a red-haired tomboy, for the new series set for 2007. 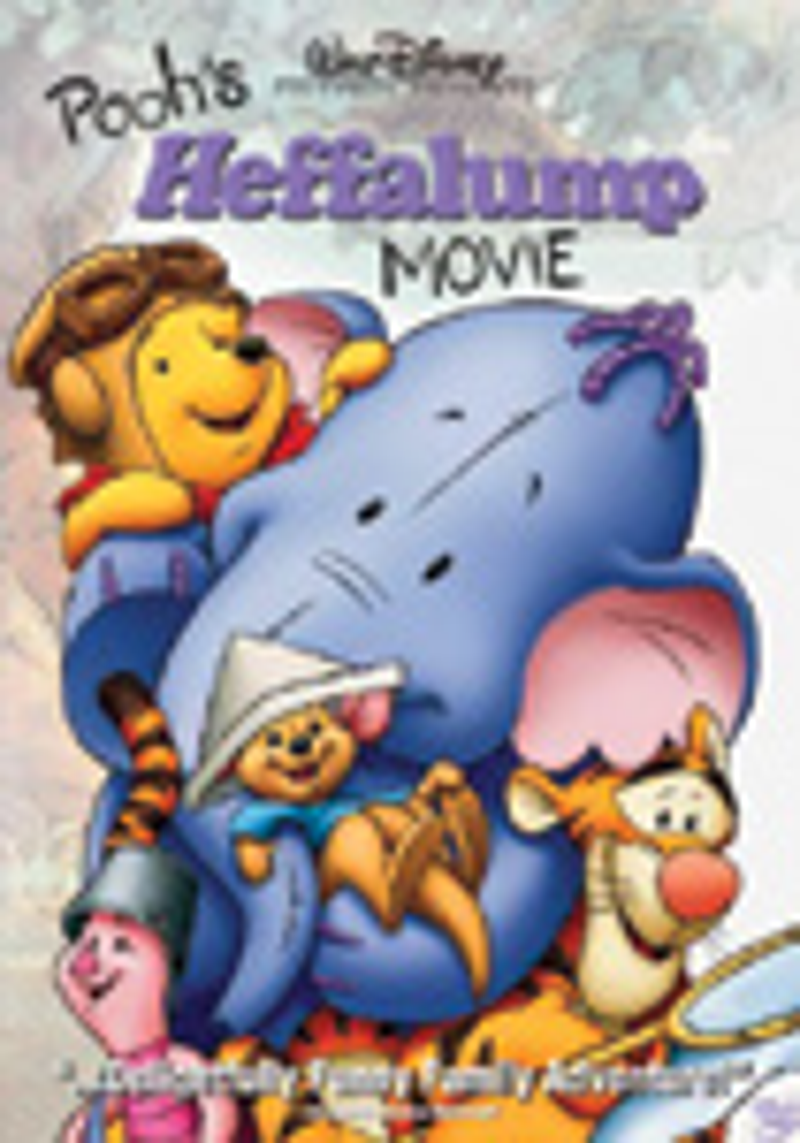 Winnie the Pooh celebrates his 80th anniversary. He is the second highest earning fictional character (according to Forbes magazine), worth $5.6bn a year.

Here is Edward Bear coming downstairs now, bump, bump, bump, on the back of his head, behind Christopher Robin. It is, as far as he knows, the only way of coming downstairs, but sometimes he feels that there really is another way, if only he could stop bumping for a moment and think of it. And then he feels that perhaps there isn't. Anyhow, here he is at the bottom, and ready to be introduced to you. Winnie-the-Pooh. 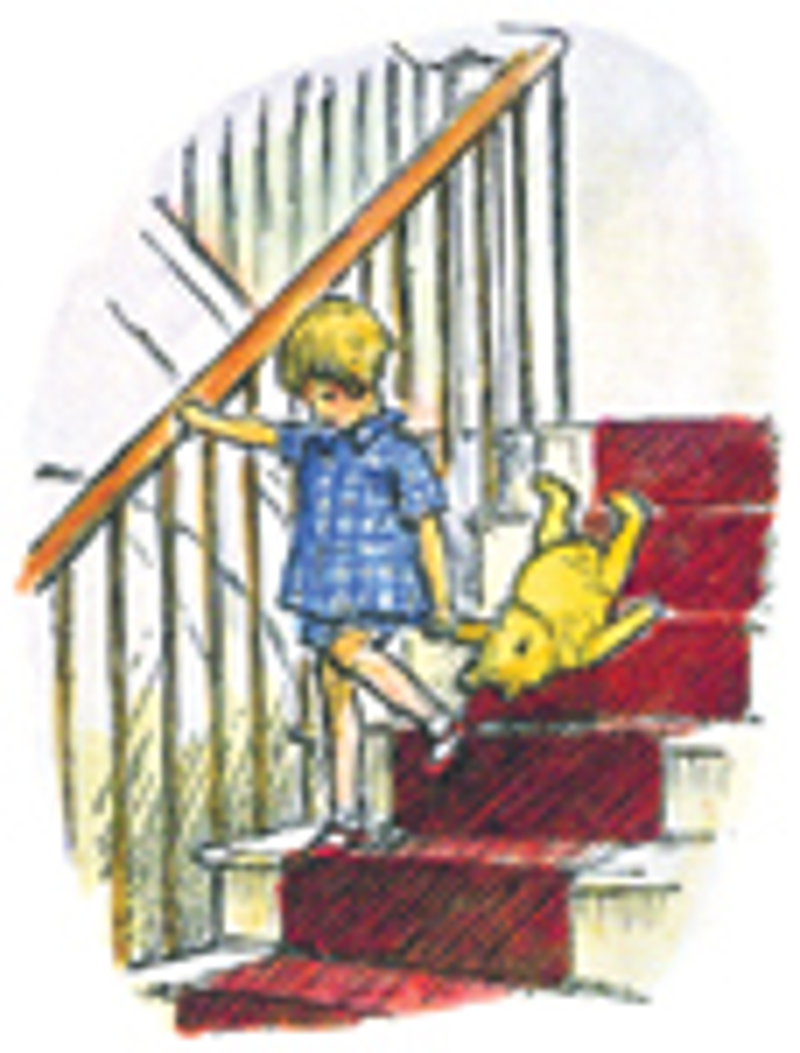 Opening paragraph from Winnie-the-Pooh by A. A. Milne.

"Ernest Shephard's illustrations are so brilliantly drawn and so definitive that no illustrator, as far as I know, has had the temerity to attempt to re-illustrate these stories".

"I must confess I don't greatly care for Wallace and Gromit. Thats like saying you don't like Winnie the Pooh; in our culture it is not allowed".

"Pooh works flawlessly as a comedy of errors for five-year-olds but its also a hall of mirrors whose intricacy bears comparison to the best of Conrad, Kafka, Broges and Pynchon."

And it was eleven o'clock. Which was Time-for-a-little-something.

The House at Pooh Corner

Stephane is one of four artists drawing Disney characters for Disney Consumer Products Europe. He's been doing it for over six years; he specialises in the Pooh characters and he was kind enough to show us, in person, how Winnie the Pooh takes shape. 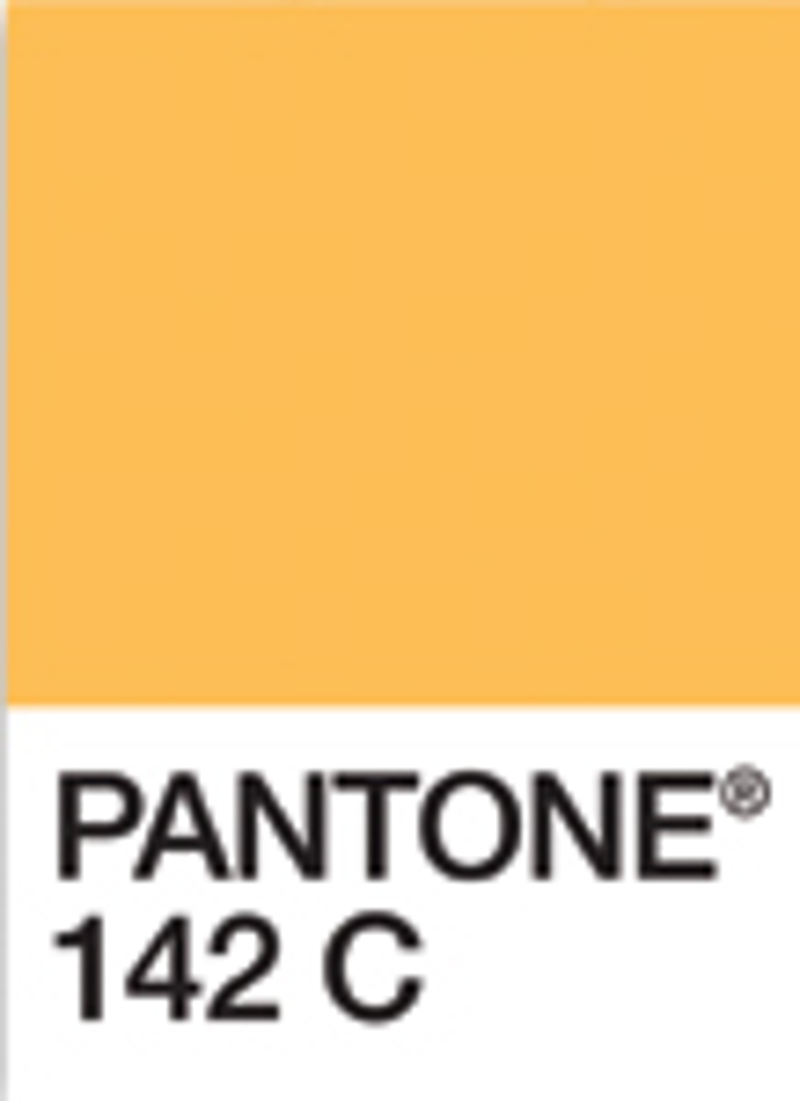 The creative team work up original drawings through a four-stage process: create (the first, sketched idea); clean; ink (defining the line is very important) and finally adding colour. Pooh has very few features and no joints, so he's a particular challenge to draw in the different poses and compositions that are necessary for products. 'The silhouette is very important for clarity of character,' says Stephane. 'I ask, can you really see what's going on?' 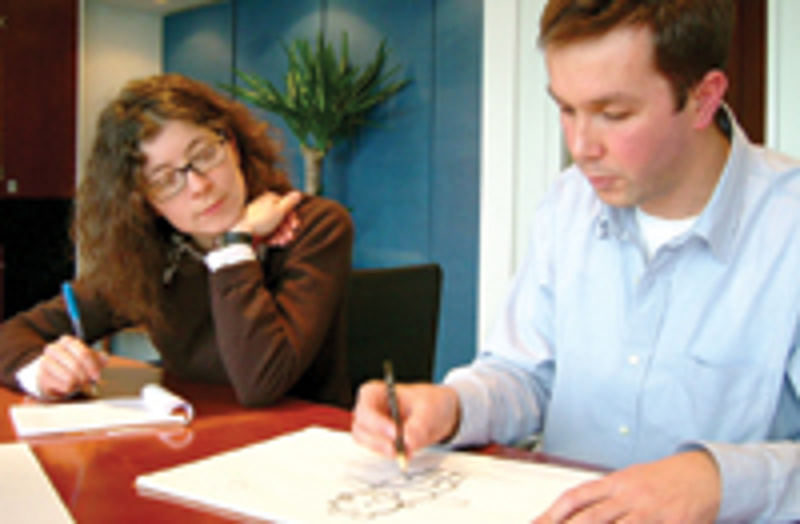 It takes about 18 months of training to learn how to draw a new character and Stephane produces both Classic and Disney Pooh designs. 'Pooh is all about balance and volumes,' he says. 'You have to think about how the character would look from the back, too.' Pooh is also clumsy, so Stephane creates movement in the composition rather than with Pooh himself. And his eyes, being round dots with no whites (cf Mickey Mouse) means his emotions must be expressed through his pose. Look closely next time and you'll see, for example, that Tigger is generally drawn without thumbs, unless he needs to hold something and that Tigger's stripes and Eeyore's mane are consistent in every design.

Who is your favourite Pooh character?

Eeyore - because he's so accepting of the way things are!

Tigger - I can associate with his boundless energy!

Tigger - because I admire his energy and bounce-ability (is there's such a word)?

It's Tigger. I'm too fast to be Pooh, too brave to be Piglet and too positive to be Eeyore!

The Global popularity of Winnie the Pooh has resulted in some interesting local variations on his name: