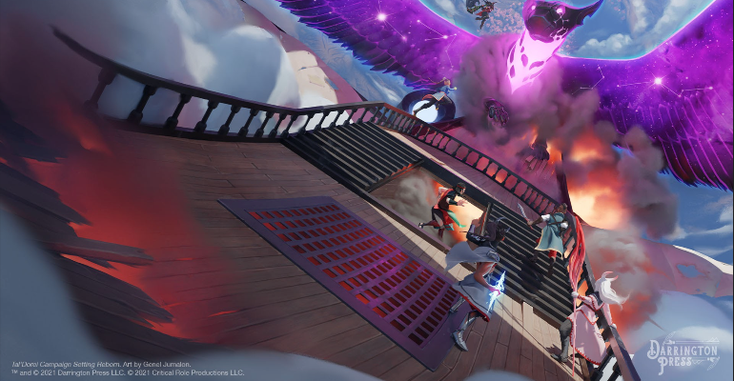 Critical Role is opening the door for new players and tales with an updated sourcebook,

This definitive compendium from Critical Role and Darrington Press presents the locations, people, creatures and character options of Critical Role’s continent of Tal’Dorei. It is an expansion and update to the popular and out-of-print original Tal’Dorei Campaign Setting, with the addition of creatures, subclasses, magic items and more designed for the fifth edition ruleset.

Set to release in late 2021/early 2022, Tal’Dorei Campaign Setting Reborn will first be made available at Darrington Press Guild stores and Critical Role shops (U.S., the U.K., Canada and Australia), followed soon after at other local hobby and gaming stores.

The sourcebook will also receive a deluxe treatment from the team at Beadle & Grimm’s, featuring in-world player handouts, battle maps, a Game Master screen and more.