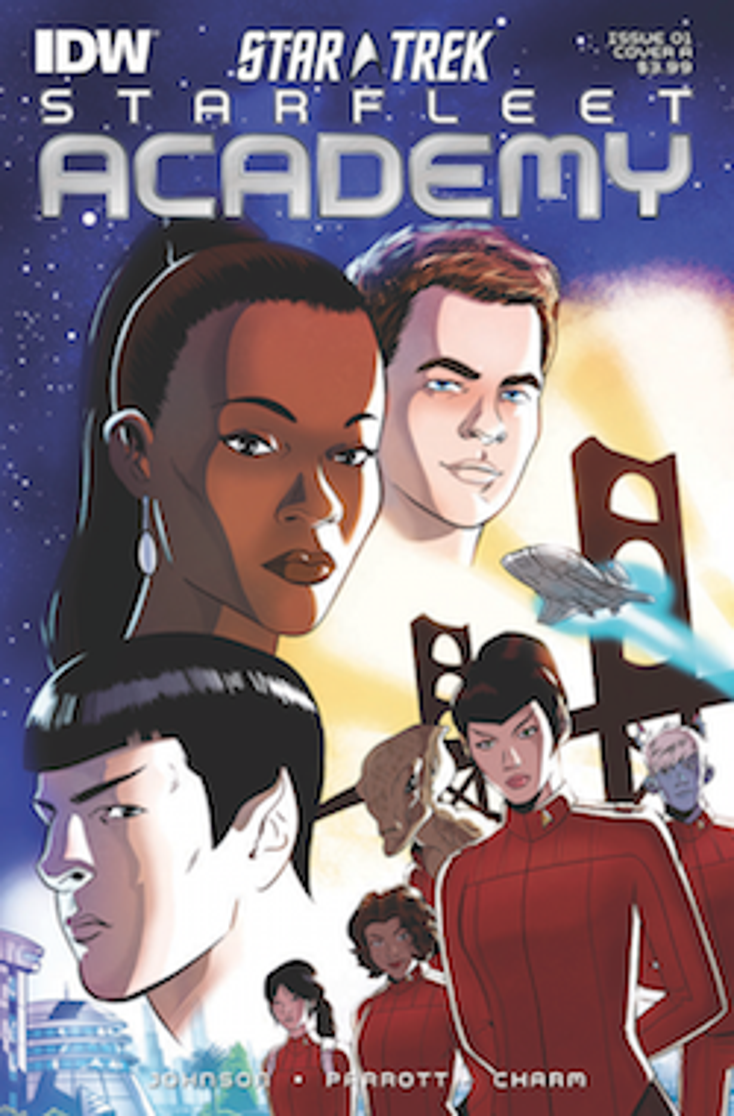 IDW has launched a crossover

This October will see the release of

#50, marking one of the longest-running

comic-book series by any publisher. The special anniversary issue will kick off a three-part adventure that will introduce the classic "Mirror/Mirror” storyline into the new film-based universe. The issue will also boast additional bonus content including behind-the-scenes looks at the entire 50-issue run, along with hints about where the series is going.

Then in December, IDW is adding a new dynamic to

lore with the debut of a new miniseries,

. The comic follows Kirk, Spock and Uhura while they are still cadets-in-training at Starfleet Academy, set in the period just prior to the opening of the 2009 film.

“IDW is proud to have been partnered with

a fifth of its lifespan so far,” says Chris Ryall, editor-in-chief, IDW. “As these new comic book projects, and many others coming soon, will show, we’ve got plenty of exciting new ways to bring

stories to the fans.”