]>There are 1,000 tales to tell in the land of Narnia. One is about to be told.For C.S. Lewis, his pen was his sword. And now that same pen is about to become even mightier. Walden Medi 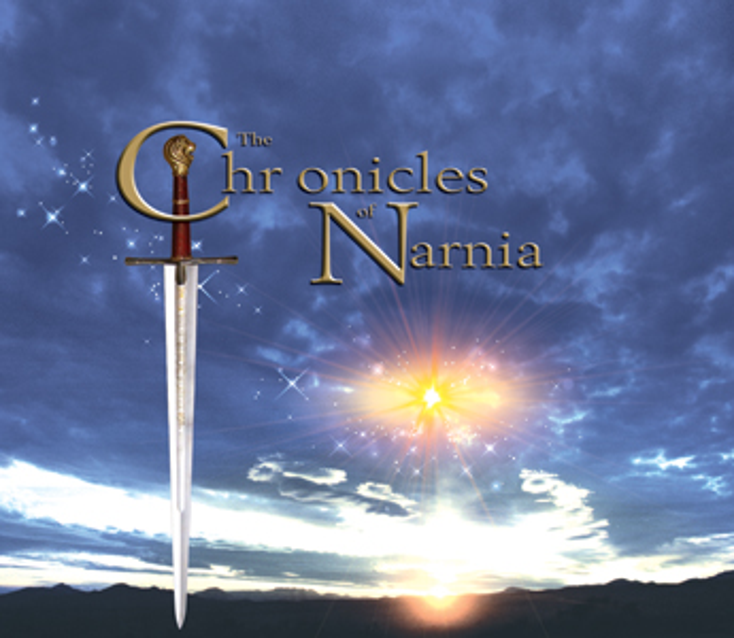 his sword. And now that same pen is about to become even mightier. Walden Media and Walt Disney Pictures have been granted the rights to bring to life one of Lewis' most legendary 20th century writings-"

." For audiences around the globe-who have cherished his writings no matter young or old-one of seven major tales-"The Lion, The Witch and The Wardrobe"-is about to be told. For Disney, it is the beginning of a long-term franchise opportunity. Needless to say, both Disney and Walden Media, which have worked together in the past on other films, are pulling out all the "tops." With Academy Award-winning director Andrew Adamson (of

trilogy) and producer Mark Johnson. Adamson terms his direction of the film a "gift," as he is a childhood fan of the book series. In a five-minute teaser viewed by

for this exclusive story, Adamson reveals, "C.S. Lewis painted a picture and left a lot to your imagination. Our challenge is to fulfill people's expectations and bring the film up to the level of their imaginations." With 85 million copies sold in 29 countries, nearly 6 million copies annually, indeed, reader expectations will be high on a worldwide basis. Producer Johnson believes expectations will be met: "When audiences see this movie, they will have never seen anything like it in their lives."

Walt Disney Pictures believes Adamson, Johnson, Taylor, and the rest of the creative team are up to the task. "We are thrilled to have Andrew Adamson direct

as he is uniquely suited to direct one of the most complicated live-action, CG animation films," says Dick Cook, chairman of The Walt Disney Studios, in a

The Lion, The Witch and The Wardrobe

creative team] are major talents in the business today. All have proven they can handle a project of this magnitude." Into the Wardrobe"Magnitude" is the operative word, as Cook continues, "This is a worldwide franchise and a worldwide phenomenon. With seven books in the series,

has the characteristics of a long-term program. Judging from the phenomenal success of the

, while I'd never predict the success of a movie,

is in that family of great literature. It has transcended generations." In the world of literature, C.S. Lewis and J.R. Tolkien were contemporaries and have been compared and contrasted over the years.

are few and far between," reveals Cook. "This is well beyond a single movie."

And, according to Mooney, that's exactly what the retail horizon is looking for. "There's a level of pre-awareness of

is highly merchandisable with its host of characters-from human to mythical to hybrid species and battle scenes, among other fantastical imagery, according to Mooney. "Narnia offers a rich world for merchandising," Mooney claims. So agrees Weta Workshop's Taylor, who reveals, "In

, we designed 10 different races of characters. Here in Narnia, we have more than 60 different races, 60 different cultures, and 60 different species of creatures." With the film slated for holiday 2005, behind-the-scenes work on the film and casting already was underway at press time, being mainly shot on location in New Zealand, according to Cook.

Interestingly, and of worthy note, Mooney explains that although Disney has been rich in animation, this will be the first live-action film to enter merchandising for the entertainment giant. Mooney confides that Disney missed the merchandising opportunities for

Pirates of the Caribbean;

it will not miss those for

Pirates of the Caribbean;

Out of the Wardrobe

With HarperCollins as worldwide publisher of "

," opportunity to cross-promote between the books and the movie is a natural, according to Mooney, and HarperCollins already has implemented some marketing tactics and agreed to republish the books to coincide with the first film. Asked what would be the marketing spend for the film, Cook says coyly, "The nature of the biggest marketing spend ever for a film."

has a broad fan base, Mooney reveals the target age groups are "still being defined, and may change over time." He continues, "Historically, the books have skewed more girls than boys. But translating the movie to product with the environments, characters, and the Narnia world, merchandise may skew more boys than girls." Mooney speculates a 60-40 ratio, particularly where toys are concerned as they may have more boy appeal. In addition, he points to an older avid reader fan base, and believes collectibles would be in the merchandise mix. "We are treating this as a long-term franchise, analogous to

," Mooney asserts. "We would rather have the market be short on product than long on product." At this stage in development, answering pointed questions relating to product is no easy feat, as Mooney and the Disney Consumer Products team are in the beginning phases, and are headed to Licensing 2004 International Show this month to showcase opportunities for

What has been established in the world of merchandising is an interactive game for PC and PS2, which was greenlit in conjunction with the C.S. Lewis Estate and Walden Media. The developer was under wraps at press time.

As it is a worldwide franchise opportunity, Mooney believes

consumer products will find homes from high end to mass. "Because of the scope and scale of Narnia, we don't have any retail exclusives planned," he says. In the traditional film release and consumer product world, six to eight weeks is the time frame for products on retail shelves before the release of the movie.

is concerned. He relates, "We are not approaching

as an 'event,' which delivers product in that six-week cycle before the event. The first release for Narnia,

is an international foray into a substantial franchise." Considering there are seven stories to be told in

, beyond the books and video/ DVD and other merchandise, there will be the sequels.

Mooney concurs, "We will be very careful about how we embellish merchandise, whether toys, video games, or board games, and will work in conjunction with the C.S. Lewis Estate. The consumer products are an extension of the movie, but we will work to remain true to "

The Lion, The Witch and The Wardrobe

slated for holiday '05, timing for the next film in the series has yet to be determined, although

attempted to pry. Regardless of the next film's timing, Mooney is incredibly optimistic about the overall structure of Disney Consumer Products, which has experienced major successes with Disney Princesses, various library properties such as Winnie the Pooh, and the recent acquisition of Jim Henson's

Bear in the Big Blue House

"The great thing about where we are as a licensing organization is the film business has been tough in the last three to four years. We've only had event-only animation," he says. "The message I'd like to deliver is that we are very much back in the film business. Over the next 18 months, Walt Disney Studios will deliver two more Disney/Pixar films and two significant live-action films." Not to mention the fact that "

" have been eyed by a variety of studios for more than a decade. He further boasts, "We are different from other studios as we have 365-day branded programs, as well as big event/movie licensing." For certain, Disney Consumer Products' horizon has a whole new wardrobe.