Classic children&#39;s book Brown Bear, Brown Bear, What Do You See? is celebrating 50 years, and the Joester Loria Group is planning an extensive product program and promotion schedule to commemorate the event. 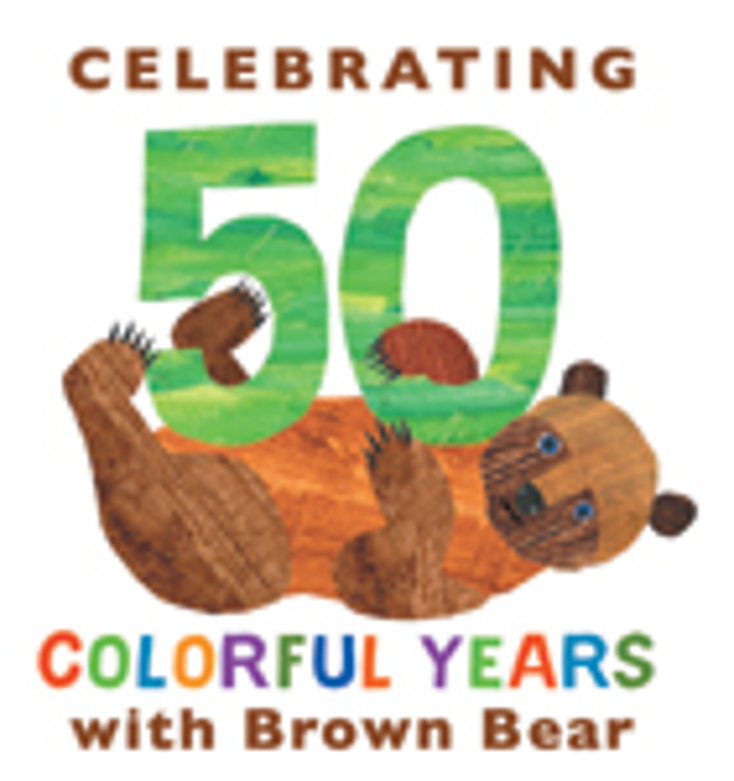 Classic children's book Brown Bear, Brown Bear, What Do You See? is celebrating 50 years, and the Joester Loria Group is planning an extensive product program and promotion schedule to commemorate the event.

The Joester Loria Group, the exclusive global licensing agent for The World of Eric Carle, is collaborating with Macmillan Children's Publishing on a year-long celebration of the 50th anniversary of Carle's classic children's book

with new titles, a retail and merchandising program based on a new style guide inspired by the book collection and a number of fun, family friendly activities and promotions.

is Carle's first children's title, and the publishing franchise it has spawned has sold more than 132 million books to-date. Nearly 50 years and more than 75 titles later, Carle's books have become a staple in schools, libraries and homes around the world for three-plus generations that is beloved by parents, caregivers, educators and children.

given generations of children an introduction to the zoo and endangered animals long before it was a buzz topic.

"Eric Carle was a nature lover from early childhood and encouraged exploration and understanding of the natural world in his work long before it was a popular theme," says Debra Joester, president, Joester Loria Group. "All four

style guide that is being applied to a number of categories, including apparel."

The anniversary initiative will be a 2017 overlay to the Eric Carle global licensing program sold in more than 30,000 doors and with over 135 licensees. The anniversary kicks off this fall and will be a year-long multi-platform marketing campaign that includes a dedicated #SharetheBear50 social media campaign.

50th anniversary events and promotions are also planned and will be supported by regional partners such as New York City's Department of Parks and Recreation which includes the Bronx Zoo, Prospect Park, the Staten Island Zoo, the Brooklyn Aquarium and the Central Park Zoo. The events will reflect the themes of the four

books, as will other events, activities and product giveaways planned to take place at 15 U.S. national parks. A downloadable 50th anniversary activity kit will be also available on partners' consumer websites.

In the publishing arena, Macmillan will launch five new anniversary edition book titles, a large board book with a padded cover, a lift-the-tab board book, a gift set of four board books, a

board book. Macmillan will support the launch with dedicated national media advertising campaigns and retail support.

"Macmillan has an ambitious program to promote the existing titles and to publish new books," says Joester. "They have been a terrific partner."

Key retailers supporting the anniversary program include Target, Costco and Barnes & Noble, and will provide retail platforms for the

books and related anniversary product. Licensees including Jaxxware, Intimo, Kids Preferred, University Games, Oriental Trading, Chronicle and others have related product in stores and are currently previewing new collections for 2017.

will be added to "The Very Hungry Caterpillar" live show, which successfully launched in New York City earlier this year and was the only children's show nominated for a Drama Desk Award. The show debuted in Australia in 2015 and begins touring the U.K. later this year.

Further interest will be generated by a touring exhibit and events from the Eric Carle Museum of Picture Book Art and the Mandarin Oriental Sleeptime Program for Families in locations throughout the U.S. A non-profit partnership will be announced later this year.

Simultaneously, the Joester Loria Group is focusing on expanding apparel and accessory categories for the Eric Carle program. Apparel has long been the top selling category for the property in Japan, the U.K., Australia and Germany. In 2014, The World of Eric Carle partnered with children's retailer Gymboree for a collaboration that included infant and toddler layette, playwear and sleepwear.

"The collection was the first third-party brand licensed by Gymboree for sale in its stores, and the campaign from the products sold beyond expectations. It was featured in store windows and created social media buzz–it was a huge success for both Gymboree and the Eric Carle brand," says Joester.

Currently, infant apparel licensee Jaxxwear is expanding its high-end collection on Pima cotton onesies and layette, which is currently sold in retailer Nordstrom and at specialty stores in the U.S.

Licensee Intimo has a toddler sleepwear collection that is currently sold in retailers BuyBuy Baby, Nordstrom Rack and other better off-price accounts, as well as online at

and on Zulily flash sales. Joester says the brand is expanding its U.S. apparel program with a new partnership with Intimo for playwear launching in fall 2017.

The brand also continues to expand into new categories, including a line of natural children's health and beauty aid products from The Village Group that includes shampoo, body wash, lotion and gift sets, which will launch in spring 2017.

Infant and toddler bedding collections from Wildkin are also in development.

"We have successful bedding collections in Australia, Germany, the U.K. and Japan–key markets where the brand is very strong–and are very excited to introduce infant and toddler bedding in the U.S. in 2017," says Joester.

Another new category for the brand is party paper goods from partner Oriental Trading.

"We launched a program of teaching supplies in 2015 and have followed with the 2016 launch of party and paper goods," says Joester. "Oriental Trading does a great job of creating a high-quality, beautifully designed product at very affordable prices.

"There is a lot of excitement about the 50th anniversary

program, and as we prepare to kick off that program, we are already beginning to plan for 2019 when

celebrates 50 years as one of the most successful children's titles," continues Joester.