The Art of Arkham Horror Set to Release from Asmodee

Multiple books are planned in the lineup. 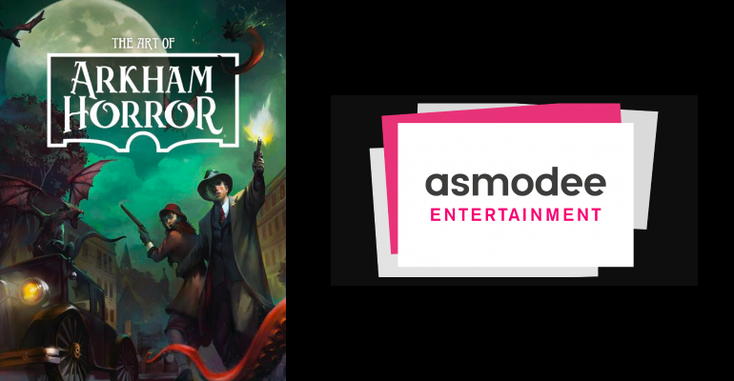 Asmodee Entertainment has announced that

The Art of Arkham Horror

, Asmodee’s second art book in collaboration with Dark Horse Comics and Fantasy Flight Games Studio, is planned to release at local comic shops on June 30 and in bookstores and digitally on July 6. The book is the second published as part of the partnership between Dark Horse and global games publisher Asmodee to create licensed art books for three of Asmodee’s tabletop gaming properties – Android, Arkham Horror and KeyForge. The first,

The Art of KeyForge

, is available now where books are sold.

The Art of Arkham Horror

is available where comics and books are sold.