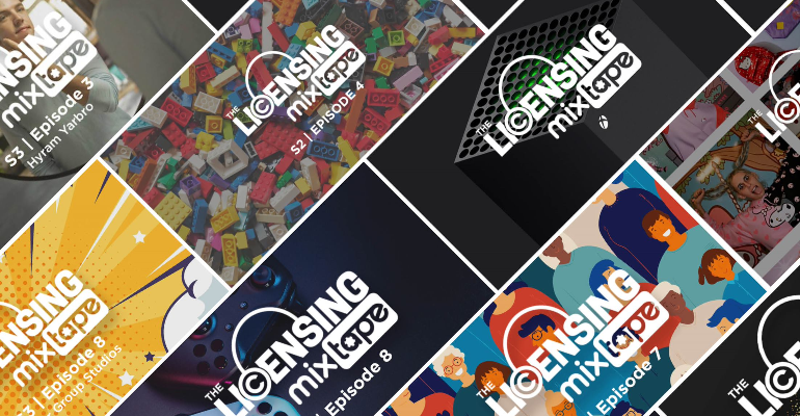 Now, with a new year ahead, the License Global team breaks down its top choices of The Licensing Mixtape (TLM) episodes to recap on the five best insights, stories and leadership techniques of 2021.

The Art of Storytelling with The Walt Disney Company

Macy’s and Funko Discuss a Partnership Like No Other

Working with Macy’s and Funko, the License Global team was given a rare and exclusive licensing insight into one of the most ambitious projects of 2021. Turning “The Mandalorian” icon Grogu into a Funko-inspired Macy’s Thanksgiving Day Parade balloon. The story behind the project, the licensing decisions and unparalleled dedication to brand authenticity are just some of the talking points from the interview behind License Global’s December issue cover story.

Major influencer, Hyram Yarbro, explains his journey from social media star to brand creator when bringing his own range of beauty products, Selfless by Hyram, to retail with Sephora. Joining forces with Mike Bienstock of Semaphore Licensing who, in turn, brought in brand partners, The INKY List, the story of Yarbro’s Selfless beauty range is a lesson in uncompromising ethics and partner-driven success.

Discussing The Halo Effect with Xbox

John Friend, head, Xbox and Halo consumer products, Xbox, worked with License Global on the biggest insight into the video game disruptor brand for the animated, exclusive cover story for the April 2021 Gaming Issue. What’s more, John Friend extended that exclusive to our TLM podcast to provide even more insights into his love for gaming, the upcoming launch of “Halo: Infinite,” why gaming works in licensing and the fans behind the biggest blockbuster titles of all time.

A master in brand growth, Max Rangel, chief executive officer, global president, Spin Master, joined TLM to share his view on the key pillars of Spin Master’s future and the strategies behind the brand’s success. With case studies across entertainment with brands like "Paw Patrol" and "Bakugan" and global toy partnerships with the likes of DC, this interview is among TLM’s top thought leadership insights of 2021.

, intellectual property trends, employee care and more in a three-part series that spanned 2020 and 2021. This series tops a list of its own given its span across expert

, trend highlights and the importance of

. You can listen to the entire series via the links or through License Global.

The Licensing Mixtape podcast will return in 2022 after a short hiatus as we work to bring you better and bigger insights than ever before. In the meantime, you can listen to seasons 1, 2 and 3 via