The music star will celebrate Pokémon’s 25th anniversary with a virtual concert. 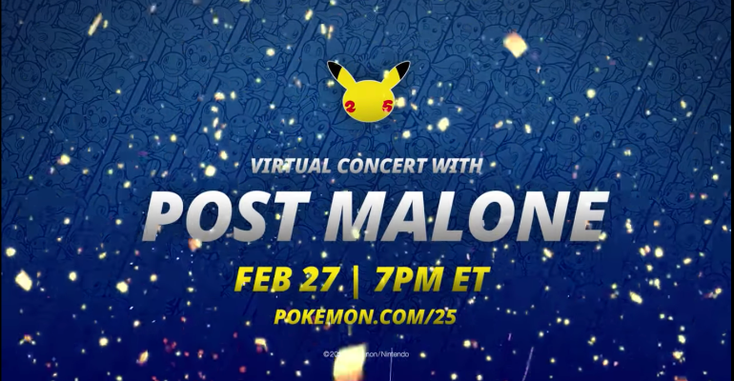 "I’ve been a fan for such a long time, kind of grew up with it," he told

. "Celebrating 25 years is a big deal, so we decided to do it together."

According to Billboard, this show will kick-off a partnership between Universal Music Group and Pokémon for a yearlong series dubbed P25 Music. Post Malone’s show will be free to fans, who can tune in via the event’s official website or via YouTube and Twitch. The Pokémon Company International will also reportedly host a Pokémon GO Tour: Kanto event on Feb. 20, with password being shared on Feb. 25 for players to add a special Pikachu to their Pokémon Sword and Pokémon Shield video games, according to Billboard.

Post Malone’s virtual concert adds to a host of musicians taking their shows virtual since 2020, such as Travis Scott’s “Fortnite” show and many others.