The Brand Liaison leads 50th Anniversary of Hip Hop licensing with one of the largest collections of authentic Hip Hop art and images ever assembled for licensing. 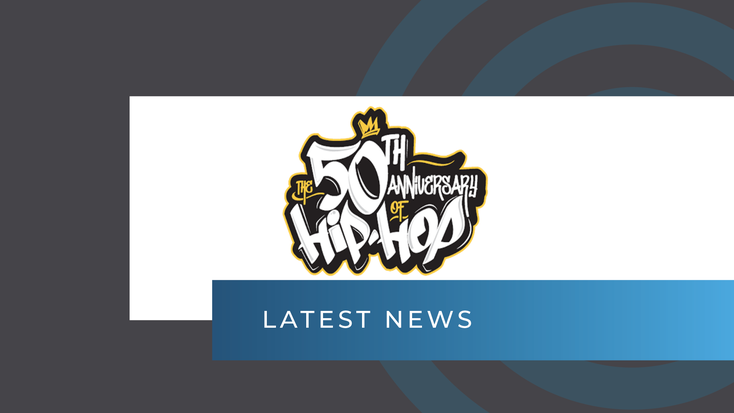 Logo for The 50th Anniversary of Hip Hop.The Brand Liaison.
At a press conference at City Hall yesterday, Eric Adams, mayor, New York City, announced New York City will honor the 50th Anniversary of Hip Hop by hosting 50 events throughout next year, in connection with the Universal Hip Hop Museum. While making the announcement, Adams was surrounded by Hip Hop luminaries including Grandmaster Flash, Roxanne Shante, Slick Rick, Run-DMC’s Darryl McDaniels, the Sugarhill Gang’s Master Gee and more. In connection with the celebrations,

is leading the licensing for the official 50th Anniversary of Hip Hop merchandise.

“We're going to have a celebratory party like we'd never witnessed before,” says Adams. “The birth of Hip Hop is here in New York City and we are going to celebrate that birth throughout this entire city and go into venues, venues that historically denied your right to be there.”

After months of working with historians in the Hip Hop culture including The Universal Hip Hop Museum, Cornell University’s Hip Hop Library and

dozens of Hip Hop icons, graffiti artists and breakers, The Brand Liaison is offering one of the largest collections of authentic Hip Hop art and images ever assembled for licensing.

In conjunction with the Universal Hip Hop Museum, the year-long celebration will extend throughout the five boroughs including places like libraries and museums and culminate with the city’s support of the opening of the Universal Hip Hop Museum in 2024. With solid roots in New York, the launch is a fitting way to begin the celebration of Hip Hop’s Golden Anniversary.

“We are creating a fully integrated merchandising program to honor this epic movement in 2023 and through the opening of the Universal Hip Hop Museum in 2024,” says Steven Heller, president, The Brand Liaison. “We are providing our licensees and collaboration partners a vast and very strategically curated 50th Anniversary of Hip Hop asset library that pays homage to the four elements of Hip Hop: MCing, DJing, Graffiti and Breaking. Watch for upcoming big announcements about our licensees, collaboration and retail partners.”