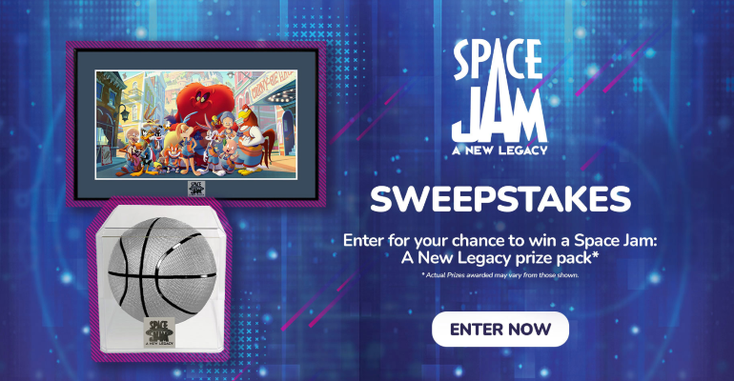 Two grand prize winners will be chosen and will win these exclusive prizes:

U.S. audiences can enter to win at The Looney Tunes Shop and at sweeps.spacejam.com. Fans are limited to one entry per email address or household. For official rules, including all methods of entry, restrictions, odds and prize details, visit