The “Pet Semetary” collection will be the first of many film collaborations announced by Vixen. 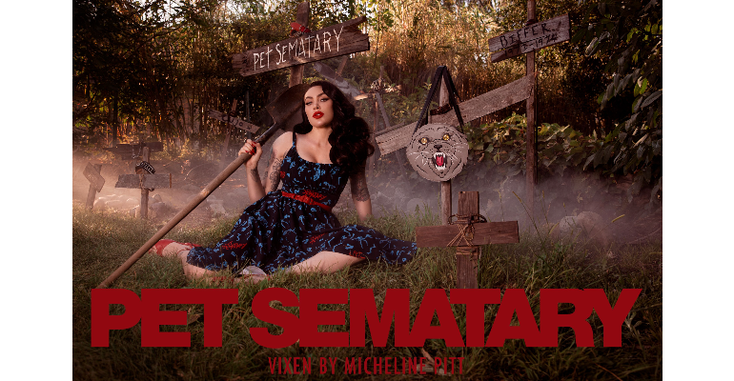 The apparel and accessories deal which kicks off in September with an exclusive collection for the 1989 version of the film as well as the 2019 remake.

“Both collections, for 1989’s ‘Pet Semetary’ and the 2019 film, features distinct color stories pulled from the characters in them,” says Micheline Pitt, chief executive officer and designer, Vixen. “For the 1989 film, the character of Gage and his blue outfit have been used as the core color in the novelty print for the collection, and for the 2019 release, we employed the colors and stories from the film’s promotional art. I really loved the idea of making something graphic, but also quite haunting, and as a fan of the franchise I think we successfully created pieces authentic to both films, but also entirely original.”

female owned horror/genre company to have ever licensed a horror property.

,” says Pitt. “Each collection, like the films on which they are based, has its own story to tell and its own style, and as the first female owned horror/genre company to have ever licensed a horror property, we’re excited to celebrate ‘Pet Semetary’ through fashion.”

In addition to “Pet Semetary,” Vixen will soon be announcing additional film franchise collections with other studios.