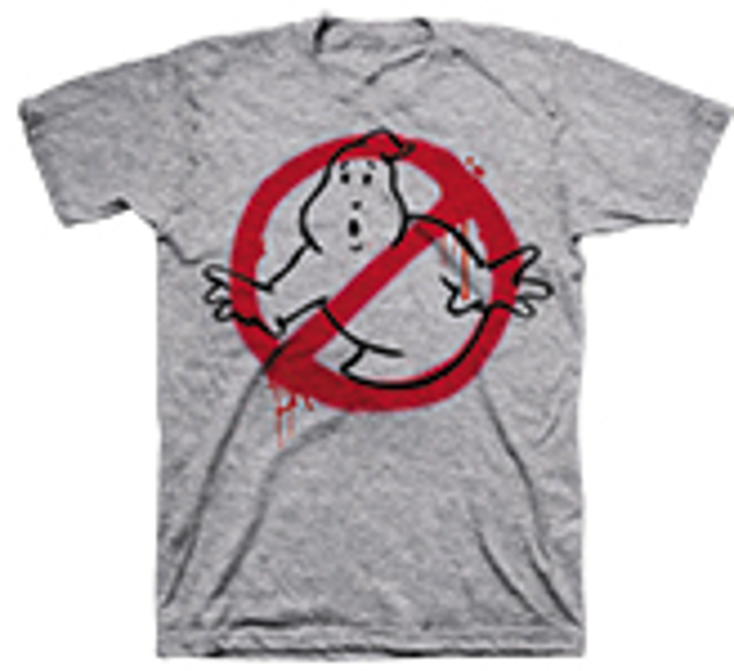 franchise as the upcoming film, a fresh take on the 30-year-old franchise, gets ready to take over movie screens around the world.

The 2016 film is due in theaters this July and will star a brand-new cast of characters, this time female, and includes Kristen Wiig, Melissa McCarthy, Kate McKinnon and Leslie Jones under the direction of Paul Feig. But, as awareness of the forthcoming film is inexorably tied to the classic franchise, the product program is of course paying homage to both the new and old cast of characters such as Slimer, the iconic

On the product side, the

program is all about cross-platform, immersive experiences, whether it be in the games you play on your smartphone or console, the books you read or the toys you play with. To that end, Sony has built a licensing

program that includes more than 40 partners across all major categories.

"In the ever-competitive property landscape, we are fortunate to have a strong group of partners in licensing and retail getting behind our efforts," says Mark Caplan, senior vice president, Sony Pictures Consumer Products. "We have a tremendous amount of respect for the teams that are working non-stop to make product available in the weeks leading up to the film's July release."

In a new partnership with mobile gaming company Beeline,

Puzzle Fighter," a skill-testing battle game that allows players to choose their favorite characters from the franchise. In addition,

is making new guest appearances in high-profile, seasoned mobile games such as "Fruit Ninja," "Family Guy" and "The Respawnables."

has also made its way onto consoles in the new "LEGO Dimensions" gaming experience which brings toys to life and lets players use characters from the classic film to recreate scenes from the movies.

is a compelling piece of comedic storytelling that has resonated with fans for more than three decades. Building on this, Sony has inked a deal with publisher Simon & Schuster for book tie-ins for the new film. The four book series will be available in June.

From Running Press comes a mega mini kit that includes a highly detailed proton pack replica that features light and sound. The kit also includes a mini book with stickers and will debut at retail this summer.

Ghosts from our Past–Both Literally and Figuratively: The Study of the Paranormal

. The book, also available this June, is derivative of the new film and is a comedic guide to identifying and coping with any paranormal activity plaguing you.

Also on the docket is a novelization from publisher Tor, set to hit market at the end of June.

And last but not least, there are toys, led by The LEGO Group and its collection of building sets inspired by the film franchise.

The LEGO Firehouse Headquarters set stands at 14-inches tall and features a laboratory, living quarters, containment unit and more based on the films. Also from LEGO is the buildable Ecto-1 car set.

Mattel will also bring action figures based on the new film to market, beginning with 6-inch dolls based on the 2016 cast of characters and outfitted in their new jumpsuits.

Additional licensees such as Rubie's Costume Co., Hybrid, MJC and many more will round out the robust licensing program that includes apparel, back-to-school, seasonal, novelty, collectibles and much more.