Marvel will launch its next major franchise, Guardians of the Galaxy, in 2014 and is already building an out of this world consumer products program. 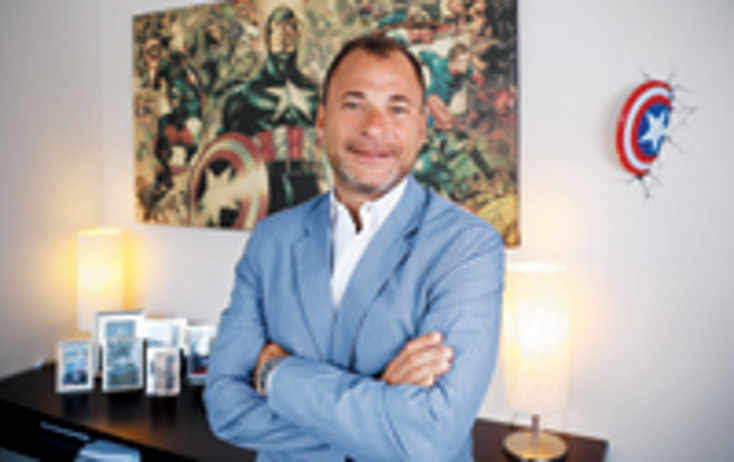 or any of the new films, the long-term strategy is to turn [a property] into a franchise, which is a term we don't use lightly," says Paul Gitter, senior vice president, licensing, Marvel, Disney Consumer Products. "The plan is to release the film and have it turn into another blockbuster consumer product and theatrical initiative that will last for years to come."

The film is somewhat of a departure for Marvel, rooting its characters in space this time around, a platform that offers many avenues to explore both theatrically and on the product side.

] puts us in a genre that we have yet to do. The film focuses on space and galactic adventure, which presents a lot of opportunity for licensees, along with new personalities and new characters," says Gitter.

have a wealth of new characters to choose from.

The film centers on a rag tag team of galactic adventurers, some live action, some CGI, including Peter Quill a.k.a. Star Lord (played by Chris Pratt), Gamora (Zoe Saldana), Drax the Destroyer (Dave Bautista), Rocket Raccoon and Groot, that join forces to defeat a cosmic force. Specific plot points have yet to be revealed, but if previous Marvel films are any indication, such as

will be yet another hit with audiences.

"As we've seen with The Avengers and Iron Man, Marvel Studios is expert at developing comic-based properties into major blockbuster events and bringing them to the forefront of pop culture," says Adam Biehl, vice president of global marketing, Hasbro.

For licensees, the Guardians property presents an entirely new genre to leverage and capitalize on.

The property will be anchored by boys' toys, construction, customization and role play, with early partners Hasbro, Disguise and Sideshow Collectibles already tapped to lead the program.

"It's thrilling to see the way that Marvel continues to expand the brand and broaden the vision for entertainment, bringing more and more fantastic characters from the rich comic history to the big screen," says Greg Anzalone, president, Sideshow Collectibles. "

offers a whole new sense of adventure in the great beyond of deep space, an exciting turn for the Marvel film franchise. As a licensee, we're excited that the

offers all-new opportunities, building on the success that we've enjoyed with

and each of the individual character films."

Additional partners include Mad Engine, Gentle Giant and New Era, and retailers are already lining up to place product on shelf.

"The demand from retailers [for Guardians product] is very high. The new genre is really enticing," says Gitter. "This time around, we've had a lot of interest from both mass and specialty retailers. We've got the ability [with the Guardians property] to span up and down, from as low as the dollar store to as high as upper-tier retailers."