Marvel Cinemaverse to Blast into a Theater Near You

In honor of the Marvel Studios 10th Anniversary celebration, all 20 Marvel films will be returning to theaters, exclusively in IMAX. 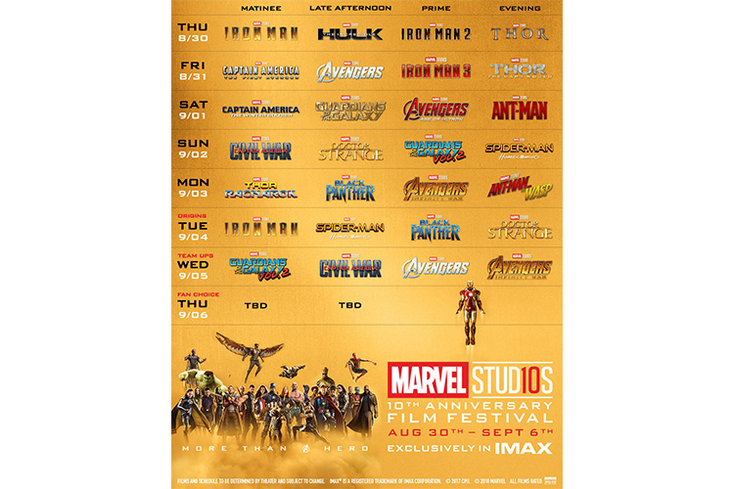 The Marvel Studios 10th Anniversary Film Festival will begin with Iron Man, the first film in the Marvel Cinematic Universe, and will show all of the franchise’s films up to this year’s hits, B

Ant-Man and the Wasp.

The films will premiere in IMAX only, at select IMAX cinemas across the U.S. and Canada. Iron Man, The Incredible Hulk and Captain America have never been shown in IMAX.

The first five days of the festival will see all twenty films released in order followed by two themed days centered around “Origins” and “Team-Ups."

The film festival will run through Sept. 6, when two films will be shown after being chosen as fan favorites.

Voting is open until Aug. 17 on Imax’s official Twitter, @IMAX.