New consumer products, screenings and more are in store for the anniversary. 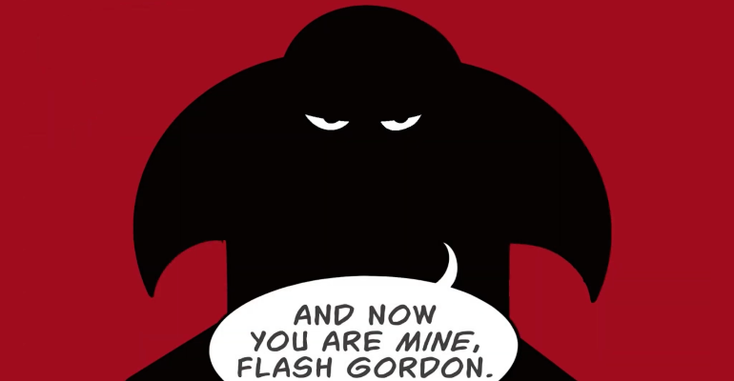 “Flash Gordon’s comic adventures have influenced how we define the modern science fiction genre, but the 1980 film is what really solidified the comic star as a lasting pop-culture icon,” says Carla Silva, vice president and general manager, global head, licensing, King Features. “We are thrilled to celebrate the 40thanniversary of the film this year with such a strong lineup of partners from across the globe. It’s our mission to continue bringing fans new Flash Gordon products and experiences that showcase their love for the savior of the universe.”

To celebrate the film, Universal Pictures and Fathom Events will hold screenings in more than 330 theaters across the U.S. “Flash Gordon: A Minute to Save the World,” the first-ever Flash Gordon motion comic

series, made its world debut at the Fathom Events theatrical screening on Nov. 15 when the first five 60-second episodes played on screen. In addition, an all-new, original comic strip anthology project features 40 artists and illustrators, each telling the story of

through their own unique lens. From funny page cartoonists to top comic book artists, animators, graphic novelists and web cartoonists, this new product offering of

-inspired comic strips from King Features is an anniversary celebration that everyone who loves the Savior of the Universe can enjoy in both print and digital formats.

A robust lineup of

inspired merchandise and licensed products, including board games, artwork, collectibles and much more will be released.

figure for the 40th anniversary, which is the first Hero H.A.C.K.S. licensed character. The figure features extensive articulation, multiple hands, multiple heads and a "football" accessory to allow fans to build their collections and continue customizing in a special way. This limited-edition figure comes packaged in a collectible retro lunchbox featuring a mix of classic movie poster art and brand-new art created by superstar comics artist, Erica Henderson. This limited-edition figure is the first in the

King Features is also developing a new line of

family board game that is launching with a Kickstarter campaign later this year, as well as a series of ‘70s style “Heat Transfer” t-shirts, enamel pins with iconography from the film, a set of four drinking glasses and ‘80s-style jigsaw puzzles inspired by the film.

-inspired apparel from CEND International and Trademark Products and a

King Features is also expanding its publishing program for the brand

with the launch of a 40th anniversary title from Titan Books titled,

Flash Gordon: The Official Story of the Film

Home entertainment options, a 40th anniversary Reunion Roy and more have been announced for the milestone. More details will be released in the coming weeks.