Creative Licensing has announced a variety of deals for Bill & Ted’s Excellent Adventure ahead of the film’s 30th anniversary and upcoming sequel. 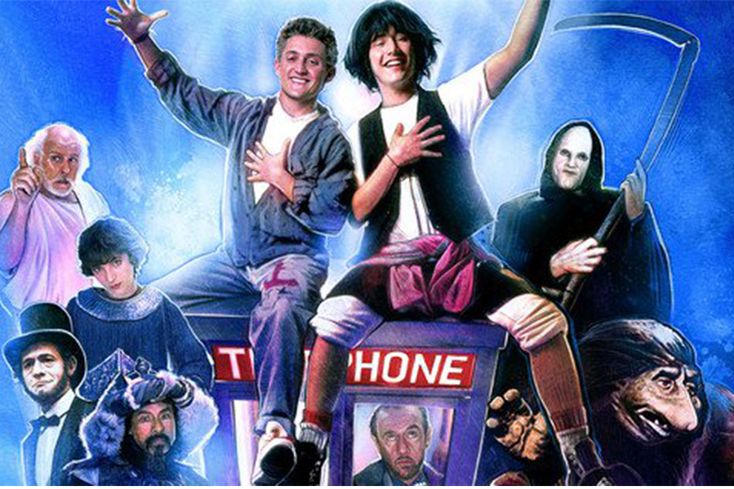 Newly announced partners include Cubicall, who will be recreating the seminal phone booth from the film; Bioworld for a capsule collection of apparel; and Incendium for collectible figures, silkscreen prints, and lithographs. Additionally, Creative Licensing has announced Warcradle Studios (who will be announcing details on a new Bill and Ted's board game later this year) as the creator of the winning

With Boyd Escapes, Bill and Ted will also find themselves as the subject of a new escape room experience. The object of the themed escape room is to rescue the world’s most influential people, who have been trapped by a mad scientist via the phone booth before time runs out.

The new licensing deals come on the heels of

, due out in summer 2020, will follow the pair as they face new adventures as middle-aged