The 007 prop replica was officially licensed by Danjaq and EON Productions. 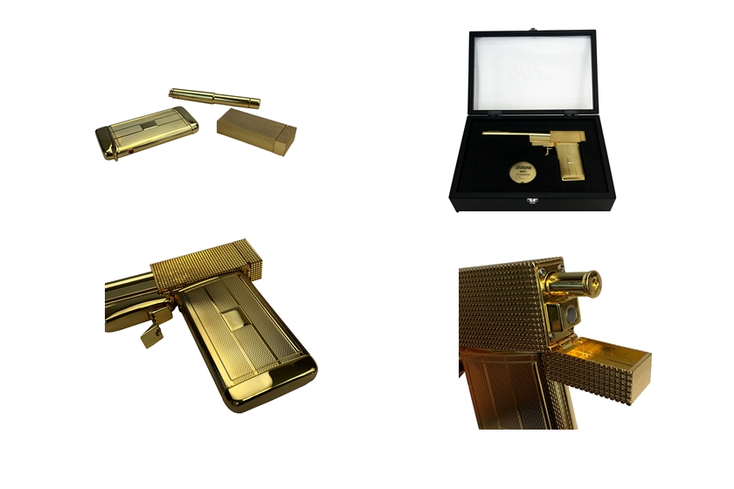 Factory Entertainment's 1:1 scale prop replica of the Golden Gun was officially licensed by Danjaq and EON Productions. The replica was created after extensive research of the original prop in the EON archives.

The prop was originally featured in the 007 film

The Man With the Golden Gun

in 1974. Used by the film’s antagonist Francisco Scaramanga, the Golden Gun was made up of everyday elements that when combined, created the famous weapon. Like the original prop, the replica can be assembled and disassembled into its base components.