Marvel is celebrating its film Black Panther with a new toy from Sideshow and Hot Toys as well as a new musical compilation from Hollywood Records. 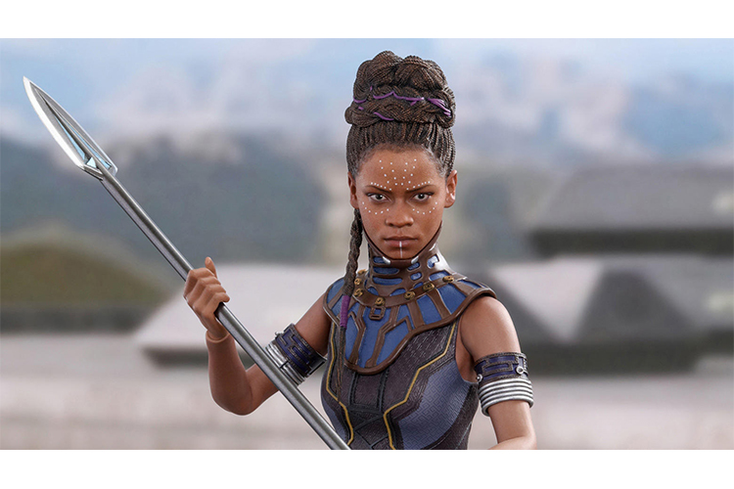 Sideshow and Hot Toys have created a new sixth scale figure of Shuri, a tech-savvy character in the movie Black Panther. The Shuri Sixth Scale Figure bears a likeness to actress Letitia Wright, who plays Shuri in the film, and it features a newly developed head sculpt, a new battle suit and neck ring. The toy also includes seven pairs of interchangeable hands, a stand, and several accessories that will be familiar to Black Panther fans, including a spear, a Kimoyo Beads bracelet and the powerful panther-influenced Vibranium Gauntlets which light up.

The Shuri Sixth Scale Figure by Hot Toys is available now for pre-order on SideshowToy.com.

Sideshow has also developed a sixth scale figure accessory Wakanda Throne that features authentic details from the extra high back peacock chair with woven rattan seen in the film. Like the original, the chair is decorated with unique graphic script and finished with metallic painting and natural wood grain texture.

Accessory by Hot Toys can be pre-ordered now at SideshowToy.com.

A set of videos have been released that coincide with each song.

Black Panther: Wakanda Remixed is available now for download and on streaming services.