Fans can take part in three days of immersive content revolving around the HBO series. 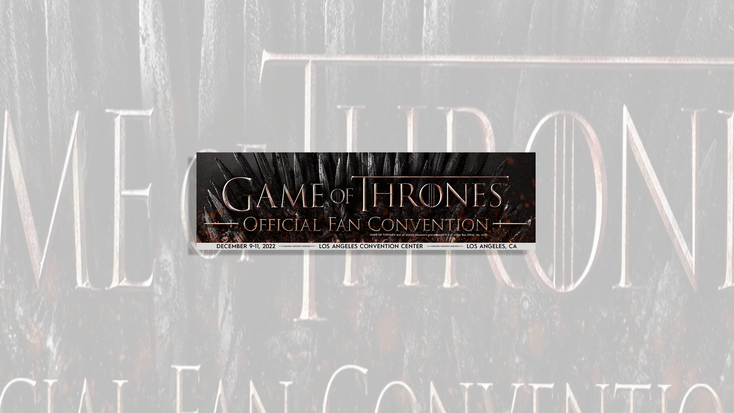 Promotional image for "Game of Thrones" Official Fan Convention.Warner Bros.
There is less than one month to go until the premiere of the new HBO series, “House of the Dragon

,” the successor series to “

and Creation Entertainment have announced the new date, location and lineup for the first “Game of Thrones” Official Fan Convention to be held Dec. 9-11 at the Los Angeles Convention Center.

The “Game of Thrones” Official Fan Convention will feature panels and discussions. Guests will also have a chance to win prizes during cosplay and trivia competitions and shop for exclusive merchandise on the show floor. A variety of a la carte offerings will be available including cast meet and greets, autograph signings, an evening dance party hosted by special guest, DJ Kristian Nairn (Hodor), and more to be announced.

Daniel Portman (Podrick Payne), Gemma Whelan (Yara Greyjoy) and Isaac Hempstead Wright (Bran Stark). Also signed on to host the “Game of Thrones” Official Fan Convention are Jason Concepcion and Greta Johnsen, recently named hosts for “The Official Game of Thrones Podcast: House of the Dragon.” Tickets for the convention are on sale now at Gotcon.events.