Join the dark side with new Sith Trooper merch at Comic-Con 2019. 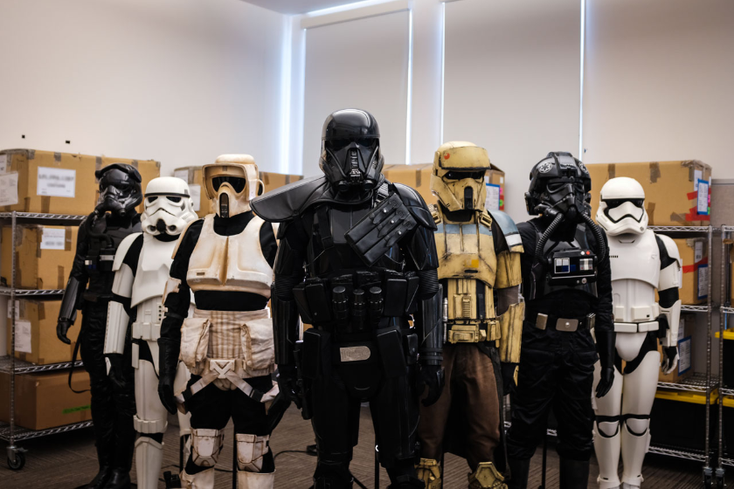 Star Wars: The Rise of Skywalker

Pavilion (booth #2913) on the show floor. Disney and Lucasfilm will be highlighting the trooper with an exhibit of the nine different costumes the character wears during the film. Fans and collectors on-site can also purchase an assortment of product inspired by the figure from LEGO, Hasbro, Funko, Fifth Sun and Topps.

“It has some really unique aesthetics to it,” says Madlyn Burkert, archivist, Lucasfilm, via

. “And it has some subtle ties to previous stormtrooper designs, which I think fans will enjoy discovering.”

The character’s debut is just one of many announcements from Comic-Con 2019. To stay up to date on the latest news from the event, check out our

from the show floor.