Heading into its 37th year, Licensing Expo will return to Las Vegas as part of Licensing week, which will bring educational and networking events, business-building opportunitites and more to the Strip 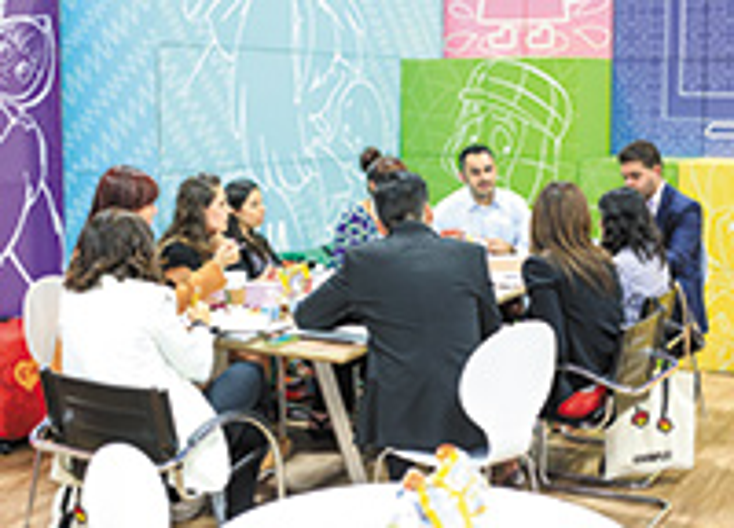 Heading into its 37th year, Licensing Expo will return to Las Vegas as part of Licensing week, which will bring educational and networking events, business-building opportunitites and more to the Strip.

UBM's Global Licensing Group will kick off the inaugural Licensing Week May 22 with four days of continuous deal-making, networking, seminars, IP discoveries and more. With so many new opportunities available for attendees and exhibitors,

has rounded up the top highlights of licensing's must-attend event.

To mark the start of Licensing Expo, which takes place May 23-25, Cole Gahagan, chief commercial officer of Fanatics, will deliver the keynote address "Licensing in the On-Demand Economy." The Tuesday, May 23, presentation takes place at 8 a.m. and will look at how Millennials and the generations that follow have shaped the company's strategies as well, as how it views the road ahead.

The keynote presentation is free to all Licensing Expo attendees and exhibitors and is part of the extensive lineup of Licensing University educational programs.

Licensing Expo, sponsored by LIMA, will serve as the pinnacle of Licensing Week and will boast more than 5,000 brands from all categories

and dozens of countries around the world.

Like in past years, the International Licensing Industry Merchandisers' Association has assembled the best of the industry for four days of seminars designed to help licensing professionals take their business to the next level.

Sponsored by LIMA and co-hosted by Sony Music, the Opening Night Party will take place at The Havana Room and Sky Beach Club at the Tropicana Las Vegas. The evening networking event will include entertainment by Epic recording artist Jessie James Decker.

Find out more about the Opening Night Party "Licensing Expo Party: Dance the Night Away"

Licensing Week will also see a series of invitation-only Entertainment Showcases take place beginning Monday, May 22, with Hasbro Consumer Products. During the showcase, each company will debut its upcoming projects and properties.

Also new for 2017 is the International Buyers' Program Select, which enlists the U.S. Department of Commerce's global network to recruit pre-selected international manufacturers and retailers from China, Mexico, Canada, South Korea and Japan to attend the show and meet with exhibitors.

While on site, IBP Select specialists will assist with pairing U.S. brands, international licensees, manufacturers and retailers as part of the Licensing Expo Matchmaking Service. The IBP will also help enable all U.S.-based exhibitors and international attendees to meet prospective partners based on their objectives and provide guidance.

The Licensing Expo Matchmaking Service, which debuted last year, will return this year. The exclusive networking service will allow pre-registered attendees and exhibitors to search, connect and schedule meetings with each other before the trade show starts. The service will be free to all exhibitors and licensees, manufacturers, wholesalers/distributors, retailers and sales promotion representatives registered to attend. Brand owners and agents attending the Expo will be able to access the Matchmaking Service by purchasing the networking package.

In addition to the Opening Night Party, Licensing Week will feature a variety of networking opportunities for exhibitors and attendees, including an Orientation Session, which will see Jessica Blue, senior vice president of licensing at UBM, introduce the Expo team, provide an overview of the show and give tips for making the most of the week. The event will also include an open Q&A session.

Other networking opportunities include the Women in Toys breakfast on Wednesday, May 24; an Art & Design Mixer at the Border Grill after the show concludes on Wednesday; the International Cocktail Hour, which will invite delegates from the IBP Select, U.S. Department of Commerce representatives, international attendees and U.S. brand owners and agents, to the International Buyers Lounge for complimentary drinks; and the Agents' Business Forum, which will take place at 11 a.m. on Thursday, May 25, for brand owners and agents exhibiting at the show, as well as attending brand owners.

LIMA's annual International Licensing Awards will also include a networking break before the ceremony.

Licensing Expo will play host to a number of niche pavilions this year including the Geek Culture Pavilion, China Brands Pavilion, Malaysia Pavilion and Korea Pavilion. Each pavilion will serve as a dedicated floor space for exhibiting companies in their respective categories.

Companies participating in the Geek Culture Pavilion include Anaglyph Sculpture, Lugosi Enterprises and Synthesis Entertainment, among others. Within the Malaysia Pavilion, attendees can find companies such as Viz International, Lil Critter Workshop and more.

Last year, Licensing Expo welcomed a raft of retailer buyers and executives from leading companies such as Walgreens, Sainsbury's, Argos, Walmart and Toys 'R' Us, among many others.

This year, there will continue to be a strong retail presence with even more retail executives in attendance. Additionally, the show will continue to host the Retailer Lounge, which is open to all retailers and will allow visitors to enjoy complimentary refreshments while engaging in additional networking opportunities.