What the Hasbro and eOne merger means for blockbuster entertainment for 2021. 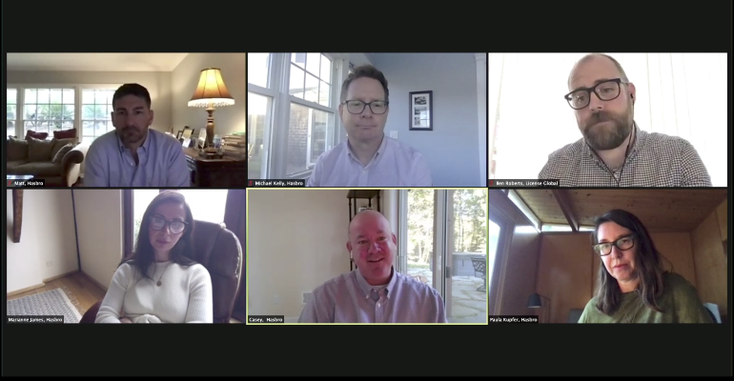 Executives from Hasbro and eOne shared news on upcoming releases as well as plans to evolve its consumer products line amid shelter-at-place orders at the Festival of Licensing live panel, "Hasbro + eOne: Fueling Franchises Together," which is available now on-demand.

Among the announcements made at Festival of Licensing was the debut of GI Joe's "Snake Eyes," in theaters Oct. 22, 2021, which will "reimagine and modernize GI Joe," says Samantha Lomow, president, branded entertainment, Hasbro and eOne. Hasbro has partnered with Paramount for a new "Transformers" film slated for summer 2022, and eOne's "Power Rangers" will get the film treatment as well.

Hasbro Gaming properties will jump from the board to the screen. The company announced that "Candy Land" will be reimagined as an unscripted cooking competition series on the Food Network, with actor Kristin Chenoweth as host. There are plans to expand "Dungeons and Dragons" into an entertainment property as well.

be a primary focus for Hasbro and eOne. "PJ Masks" will launch globally this year, and "Ricky Zoom" will premiere in other markets in 2021. As reported yesterday, there will be a new show in the My Little Pony franchise.

During the live session, executives from Hasbro and eOne talked about how COVID-19 has changed both companies' landscape.

The panel addressed the audience's questions, such as adjusting its consumer product line following shoppers' behavior amid COVID-19.

"The licensing industry is quite resilient," adds James. "We can make product that meets the needs of consumers."

To watch the full panel, register for free at

Want to learn more? This company is an exhibitor at Festival of Licensing. For more news like this or to experience the event, click here.
Hasbro