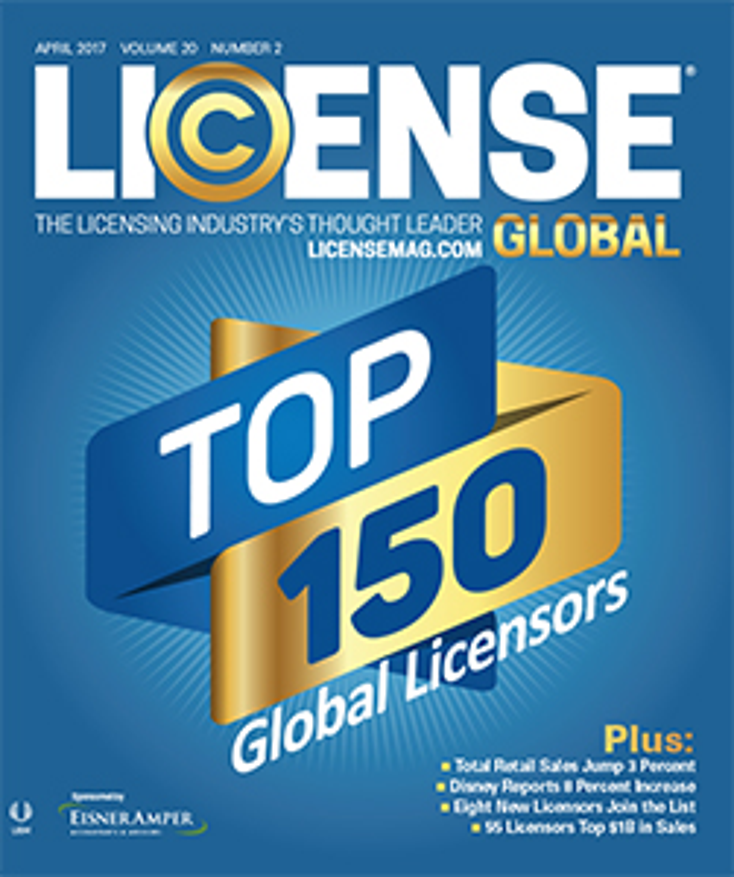 Annual report showcases Disney, Meredith, PVH, Iconix, Warner Bros. and other owners of some of the world’s biggest brands. 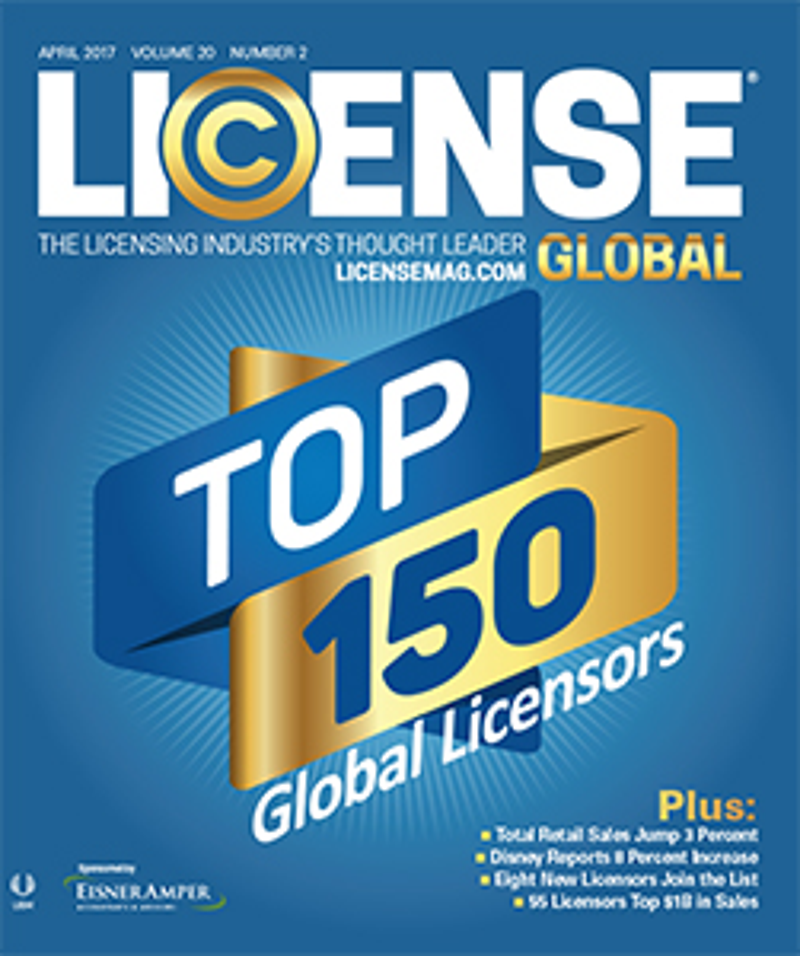 The licensors included on the list reported more than $272 billion in global sales of licensed merchandise at retail in 2016, a $10 billion increase over last year.

The Top 150 Global Licensors report is sponsored by the global accounting and auditing firm EisnerAmper.

Featured in the magazine’s April issue, the 2017 report reflects the breadth and scope of the brand licensing sector, spanning from The Walt Disney Company (No. 1), which maintains its long-held position as the world’s leading licensor, increasing sales by $4.1 billion in 2016 for a total of $56.6 billion, down to Viz Media North America (No. 150), a leading distributor of popular manga and anime brands such as “Naruto Shippuden” and “One-Punch Man.”

$1 billion or more in 2016, accounting for more than $244 billion in retail sales or 90 percent of the total list. Additionally, seven new companies join the report this year, including Viz Media (No. 150); Diageo, owner of brands such as Guinness and Smirnoff (No. 78); household appliance maker Hamilton Beach Brands (No. 111); London design house Santoro (No. 134); American casual dining brand Tony Roma’s (No. 138); gardening brand Scotts Miracle-Gro (No. 139); premium ice cream franchise Cold Stone Creamery (No. 142); and Biltmore, inspired by the iconic Biltmore House and Gardens in Asheville, N.C. (No. 149).

Highlights of this year’s Top 150 Global Licensors report include:

. “This report also reinforces the importance of licensed brands as a critical business for many of the world’s largest retailers.”

The Top 150 Global Licensors report, as well as the April issue in its entirety, is available on licensemag.com.

Furthermore, many of the Top 150 licensors will be exhibiting at

, the largest and most influential brand, character and licensing event, set to take place May 23-25 at the Mandalay Bay Convention Center in Las Vegas, Nev.