A second drop from VeVe for Marvel will release Aug. 14. 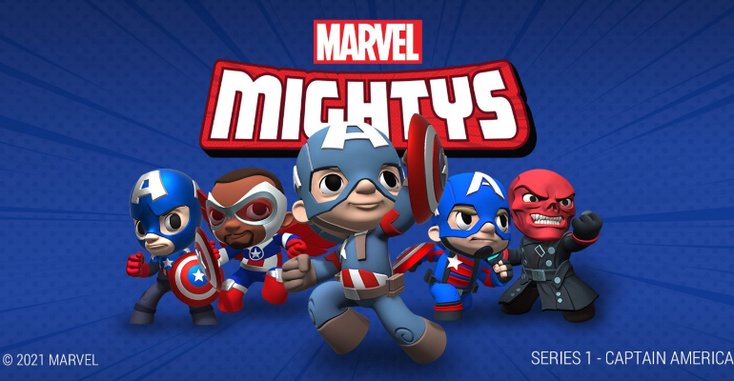 Spider-Man was released on the VeVe Digital Collectibles App

Now, fans get another chance to join the fun with the next Marvel digital collectible, Marvel Mightys, available for purchase on the VeVe app.

The first Marvel Mightys collectibles will be a Captain America series that features Steve Rogers, Sam Wilson, Bucky Barnes, John F. Walker and Red Skull. Each digital figure will have a different level of rarity and will also be sold in a blind box format.

The release of the two Marvel NFT digital collectibles series is part of a larger initiative to celebrate “Marvel Month” on the VeVe App. Other Marvel digital products such as digital statues, digital comic books and other digital collectibles on the VeVe App are coming later in August, including Marvel Comics #1, the first Marvel comic book released in 1939. Fans will have the opportunity

to collect five variant versions of the issue.  Each version will have a different cover and level of rarity and will be offered in a blind box format.

The VeVe Digital Collectibles App is available for iOS and Android devices. Fans can buy and collect a variety of Marvel digital collectibles, trade and hunt for rare (and even secret-rare) NFT comic books and collectibles, and display their collection through fully customizable virtual showrooms.

The new line of Super-D figures will be making their exclusive debut beginning Saturday, Aug. 14 at 8 a.m. PST.