NFTs are getting a boost from Lionsgate, Autograph and DraftKings. 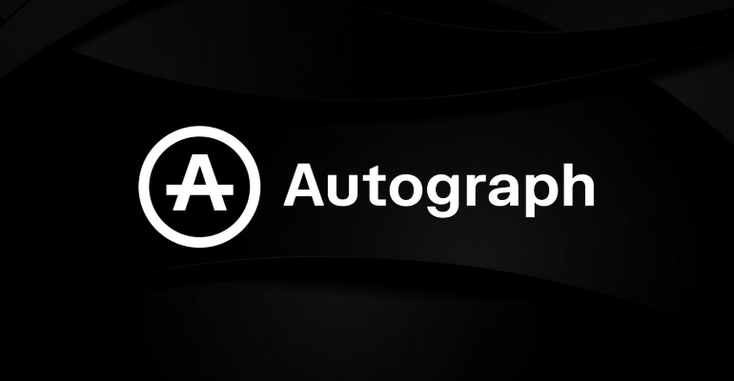 Autograph, an NFT platform co-founded by Tom Brady, has announced its strategic relationships with and digital sports entertainment company DraftKings. Autograph also revealed multi-year, exclusive NFT deals with a roster of athletes including Tiger Woods, Wayne Gretzky, Derek Jeter, Naomi Osaka and Tony Hawk, who will be joining the Autograph’s Advisory Board. With an official NFT launch slated for later this summer, Autograph users can sign up now to be members of the early access platform and tokenize their names for free.

"Autograph brings users closer to the world's most legendary sports and entertainment icons by working hand in hand with our partners to co-produce exclusive digital collections and experiences that can't be found anywhere else," says Dillon Rosenblatt, co-founder and chief executive officer, Autograph. "Our team is dedicated to providing value to our users through an offering defined by creativity, simplicity and fun as we work to usher in a new era of digital collecting."

are honored to partner with these powerful icons and marquee businesses, DraftKings and Lionsgate, as we announce Autograph's expanded Advisory Board and exclusive NFT rights," says Richard Rosenblatt, co-founder and co-chairman, Autograph. "As the nascent NFT market continues to develop, we are fortunate to enlist these leading partners with additional luminaries to be announced in the near future."

Sports-related, officially licensed Autograph NFT content will be sold exclusively on DraftKings Marketplace, which is expected to debut later this summer.

"The NFT boom has reinvented the collectibles industry and driven excitement to early-adopting audiences worldwide – including the DraftKings community," says Matt Kalish, co-founder and president, DraftKings. "DraftKings Marketplace will sit at the center of this technological and cultural phenomenon, providing our immense existing customer base with an easily accessible experience that rivals all legacy marketplaces. This initial vision in collaboration with Autograph, and its coveted collection of official digital collectibles, is a vital first step as we enter the emergent NFT market. We aim to usher in this new era by introducing millions of collectors to this evolving space while providing beloved content through an intuitive interface built to win over the long term."

Lionsgate will launch Autograph's entertainment vertical with several film and television properties. The first wave of content developed by Autograph and Lionsgate will focus on franchises including the action franchise, “John Wick,” the “Hunger Games” and “Twilight Saga” franchises, the television series “Mad Men” and the iconic “Dirty Dancing.”

"We're delighted to partner with best-in-class Autograph to launch our leading film and television properties in the fast-growing NFT marketplace," says Jenefer Brown, executive vice president and head, Global Live, Interactive and Location-Based Entertainment, Lionsgate. "NFTs present a tremendous opportunity for mixed-reality world building experiences, deepening user engagement and interaction and fostering a community for our hundreds of millions of global consumers to create one-of-a-kind digital collections and Autograph is the optimal destination for this discovery."