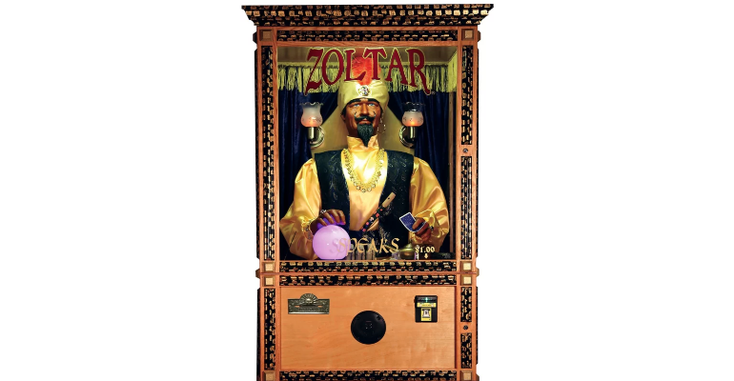 New Wave Toys and Things 3D have joined the expanding list of licensees for the nostalgic brand. New Wave Toys will produce scale model working replica of the Zoltar Speaks Fortune Teller Machine. Virtual game publisher Things 3D will produce an app called Pinza inspired by the brand and launch it this fall.

In 2006, Characters Unlimited trademarked Zoltar Speaks, the animatronic Zoltar fortune telling machine. Today, the brand can be found in hundreds of locations around the world including arcades, attractions, theme parks, gift shops and more.

It has also made appearances in many prominent television and movie placements including “Limitless,” “The Bachelor,” “The Late Late Show with James Corden,” “Step Up 3” and “Big Brother U.K.” The machine has also been used in advertising with Liberty Mutual commercials, Onnit's Black Friday

New Wave and Things 3D join a raft of additional partners secured by Firefly Brand Management that include: