Disney has unseated LEGO as the world&#39;s most powerful brand, thanks in large part to the record-breaking success of Star Wars: The Force Awakens, according to Brand Finance&#39;s annual Global 500 report. 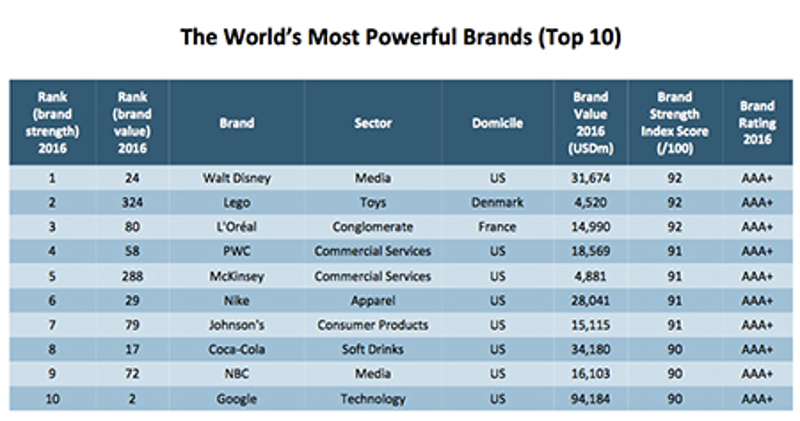 The report concludes that while Disney’s strength is founded on its rich history and original creations, its now dominant position is the result of its many acquisitions and the powerful brands it has brought under its control including ESPN, Pixar, The Muppets and Marvel, and most importantly last year, Lucasfilm. With box office proceeds grossing nearly $2 billion and toy sales generating more than $700 million, Brand Finance has estimated the value of the

All this has hoisted the studio to the top of the list followed by LEGO, L'Oreal, PriceWaterhouseCoopers and McKinsey

(in order) rounding out the top five.

Additional findings from the Brand Finance Global 500 study include: