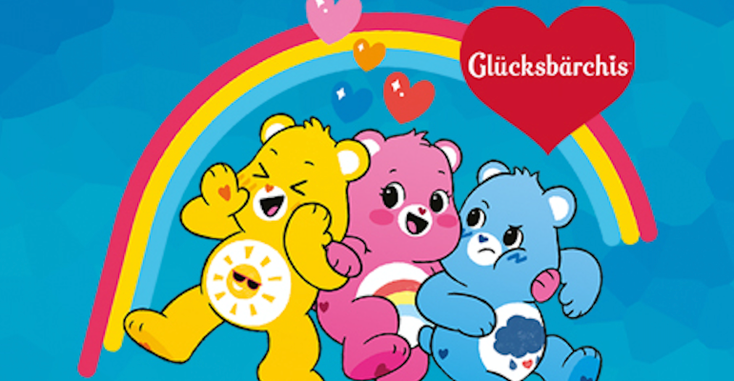 “Care Bears is a cult brand that fits perfectly into Bavaria Media’s licensing portfolio, and we are thrilled to be representing the brand,” says Ivica Maracic, licensing and sales director, Bavaria Sonor Licensing. “GAS is a market with significant growth opportunity for Care Bears, and we look forward to working closely with the team at Cloudco.”

Introduced in 1982, Care Bears is one of the most well-known children’s properties in the world. In 2019, Cloudco introduced “Care Bears: Unlock the Magic,”

2D animated series featuring an all-new look and mission for the bears. “CareBears: Unlock the Magic”

launched on Tiny Pop in the

U.K. and Boomerang and Cartoon Network in the U.S.

Bavaria Sonor Licensing will support the classic Care Bears style as well as the new look.

“Bavaria Sonor Licensing is one of the leaders in the German speaking licensing market, and together, we are confident that we will be able to expand the brand’s presence and bring messages of positivity to Germany, Austria and Switzerland,” says Roubina Tchoboian, vice president, international licensing, Cloudco Entertainment.