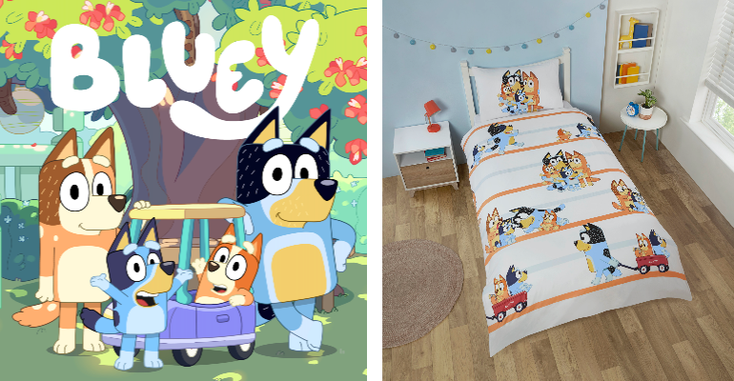 The preschool series, “Bluey” will be featured on sustainable bedding from Dreamtex in a partnership with the Better Cotton Initiative for this collection, to ensure the entire collection is sustainable.

“The team have been excited to bring ‘Bluey’ homewares to the U.K. for a long time now,” says Jo Duckworth, director, Dreamtex. “We all know how popular the TV series is in Australia and it’s no surprise it is performing so strongly on CBeebies since making its on-air debut earlier this year. We’re looking forward to bringing in the collection of Bluey bedding, cushions, blankets and towels later this year.

The collection includes a reversible duvet and pillowcase along with cushions, blankets and towels. The “Bluey” bedding collection will be available this fall at independent retailers.