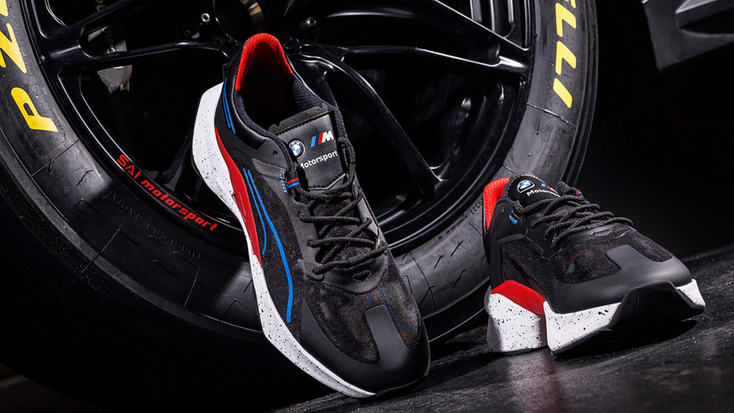 The BMW LGND.PUMA
PUMA, together with

, are celebrating the racing legacy of BMW M Motorsport through the release of a new sneaker design.

Designated the BMW LGND; the new footwear piece draws inspiration from the BMW M4 Series and the

Just like BMW’s kidney front grille, the Hofmeister Knick is a design signature calling-card for the manufacturer, and has been featured on every model since the advent of the BMW Neue Klasse models in 1961. Named after its creator, Wilhelm Hofmeister, who led the BMW design department between 1955-1970, the

feature is the bend at the C-Pillar, representing a turn in the window lines which separates the rear side windows from the rear glass.

The first drop of the BMW LGND is available now.