Lightlife Foods Collaborates with Disney and Pixar for ‘Lightyear’ 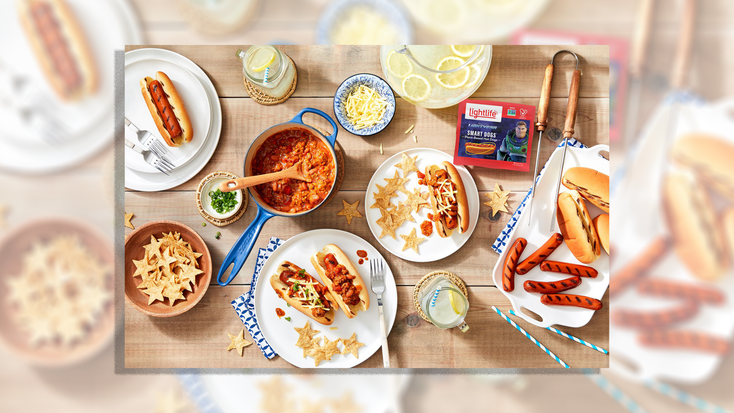 and Pixar. As part of the promotion of the upcoming film, “Lightyear” which opens in theaters on June 17 the Space Ranger will appear on shelves at Walmart, Kroger, Whole Foods Market, Target, Albertsons and others across the nation.

marks the largest brand collaboration in Lightlife history and we are extremely proud to be the exclusive plant-based sponsor of a film whose fan base spans generations,” says Adam Grogan, president, Greenleaf Foods. “We are excited for Lightlife’s family-friendly plant-based products to join forces with Disney and Pixar’s film release this summer.”

In honor of the “Lightyear” debut, Lightlife is

inviting fans to make plant-based recipes like Cosmic Chili Dogs, Buzz Breakfast Burrito and Morning Moonrock Muffins. The brand will also host a sweepstakes promotion with a chance to win dozens of prize packages, including a private film screening and Disney merchandise.