The collection includes t-shirts, dresses, swimwear, accessories and a sweatshirt adorned with bright prints and slogans. 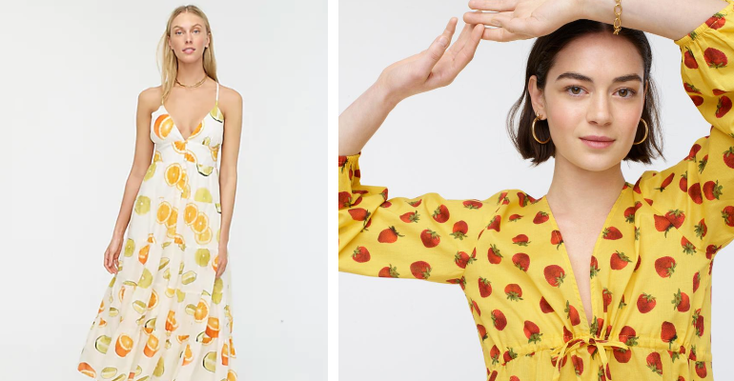 Handbag company Edie Parker has teamed with J. Crew for a new capsule collection that includes t-shirts, dresses, swimwear, accessories and a sweatshirt adorned with bright prints and slogans.

Brett Heyman, founder, Edie Parker, has been a fan of J.Crew for a long time and used the opportunity to expand beyond handbags while working with “an iconic American brand.”

“J. Crew has a clever idea for collaborations,” says Brett Heyman, founder, Edie Parker, in an interview with

“They are trying to work with people who have a point of view, but they have them work in a different medium. So when J. Crew originally reached out to us, I figured they wanted to do a less expensive line of bags. But how it really started was that they wanted to take something we had done — we had made all of these really beautiful postcard bags and trays a couple of seasons ago — and they thought that might be nice to put them on t-shirts or ready-to-wear. Chris and I were chatting and, obviously, there’s a lot of synergies in our collective design aesthetic and we both love colors and brights, so then we talked about doing a little bit more, and that’s how it came about. J. Crew strikes an emotional chord for me, and I was excited to work with them because I am a long-term personal fan.”