The World of ‘Ghostopia’ Expands with The Addams Family 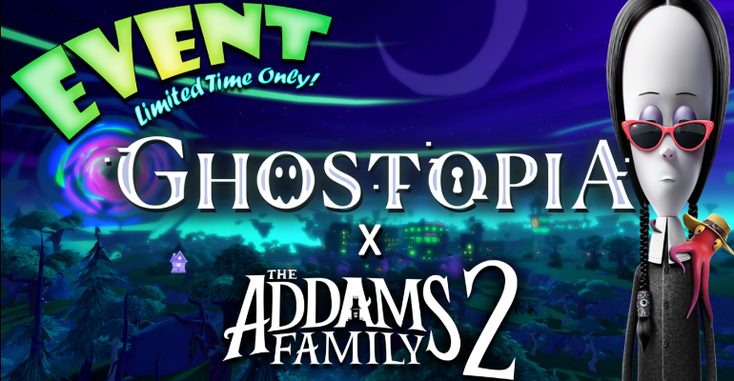 Supersocial, a developer and publisher of experiences for the metaverse, has announced the next phase of its multiplayer RPG “Ghostopia,” available exclusively on Roblox.

As part of the game’s launch, “Ghostopia” will feature a special partnership with MGM and United Artists Releasing's 3D animated film, “The Addams Family 2,” allowing players to participate in an in-game scavenger hunt throughout an interdimensional landscape to find postcards misplaced by the Addams Family. Each postcard discovered provides a clue to the next; players who collect them all can drop them off at Ghostopia’s post office to receive exclusive decorations for their mansion inspired by “The Addams Family 2.”

The partnership with “The Addams Family 2” is the first of several planned experiences.

Be sure to register here!