WBCP: A League of Opportunity

WBCP&#39;s Pam Lifford continues to craft a definitive global strategy and dedicated organization that is ready to drive global growth for the new DC films and characters, as well as its long-standing franchises and themed entertainment experiences. 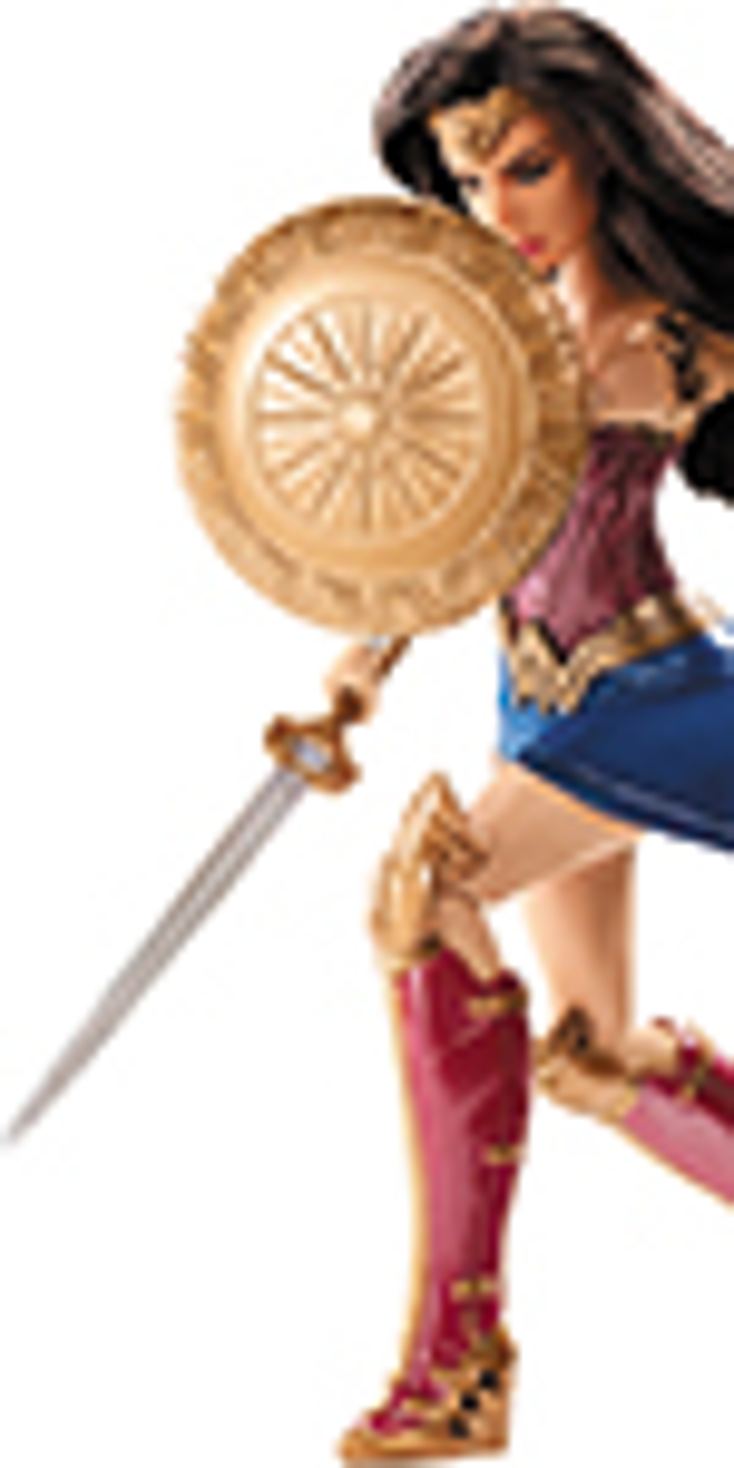 WBCP's Pam Lifford continues to craft a definitive global strategy and dedicated organization that is ready to drive global growth for the new DC films and characters, as well as its long-standing franchises and themed entertainment experiences.

With the release of several new films from the DC universe, along with the much-anticipated

movie, Warner Bros. Consumer Products is feeling the power and is poised for a new period of growth in licensing and related entertainment brand initiatives.

With a major commitment from the studio to expand its DC Entertainment slate, with

debuting next month and

arriving to save the planet in November, it's a whole new world of opportunity for WBCP beyond the iconic

franchises, which also have key roles in the upcoming films.

Warner Bros.' DC films in the pipeline through 2020 and beyond include

, which are all in various stages of discussion and development.

products hit retail shelves last month and will continue to roll out in the lead up to the film premiere, as well as a wide

products that will hit retail worldwide in August.

In addition to the popular superhero genre, WBCP has numerous other initiatives in the works under its president of consumer products Pam Lifford, who joined the studio a little more than a year ago and has quickly settled in to her position establishing a comprehensive strategic plan to guide the division.

franchises; "DC Super Hero Girls"; primetime TV programming, including the live-action hits "The Flash," "Arrow," "Supergirl" and "Gotham"; as well as top-rated animated series "Teen Titans Go!," "Justice League Action," the "Looney Tunes" franchise and Hanna-Barbera properties; plus classics such as the Stanley Kubrick collection and much more. In addition, WBCP and The LEGO Group continue to build on their longstanding partnership for

"This has been an amazing first year, and the transition WBCP has made has been extremely rewarding," says Lifford. "We have an ambitious plan in place to accelerate our growth and help the division really see itself as a high performing organization. We are focused on four key pillars;people, franchise, retail and products;and everything we do is filtered through that lens. We continue to enhance our relationships with our best-in-class licensees, retailers and promotional partners to help drive change through the organization."

WBCP reported an increase in retail sales of licensed merchandise worldwide in 2016 to $6.5 billion, up from $6 billion in 2015, according to the Top 150 Global Licensors report published annually by

. WBCP remains the second largest entertainment licensor, behind Disney and just ahead of Hasbro and Universal Brand Group.

"In addition to our unique content offering, we have reinvented our approach to the business and become more flexible and nimble to better serve our partners and consumers. The division's ability to leverage its experience in themed entertainment as an extension of consumer products at retail and our commitment to providing fully immersive engagement across all our brands and franchises with our 'never go dark strategy,' has set us up for strong growth opportunities," says Lifford.

Another important growth factor for WBCP, according to Lifford, is international expansion.

"If you want to have a global organization, then you have to spend time in the market. We are very much entrenched in the regions we see as growth opportunities," she says. "Europe and China are the top priorities in the growth of our international business."

In fact, Lifford says that China is a company-wide priority and in 2018, "you will be hearing a lot of noise about China."

In the near term, however, the focus is clearly on

, which began to flood store shelves last month with a multi-tiered retail approach that spanned high-end collaborations to mass.

"I grew up with

, so I am a big fan," says Lifford. "She's an example of a woman who exudes confidence, power and strength, and uses those qualities for the good of humankind. We looked to her character and core DNA to translate to lifestyle collections and products for fans of all ages that includes apparel, toys and collectibles that support her first solo feature film."

To kick off the worldwide

program, WBCP partnered with Walmart and global toy licensee Mattel to launch an assortment of

toys in the U.S. including themed dolls and role play items.

Also in April, WBCP rolled out exclusive offerings at Toys 'R' Us and at LEGO stores.

This month, Walmart is rolling out additional exclusive products from licensees Jakks Pacific, Funko and Fisher-Price, as well as

toys and collectible licensees include:

Based on the extensive efforts for

, WBCP is planning a similar, if not more aggressive, roll out for

“This is the first time that we will have all of the characters and the expannded story line all together in a feature film,” says Lifford. “We are introducing new products and continuing to celebrate the core franchises and what our consumers really love. We are thrilled that we will have such a powerful opportunity at retail and have engaged major retailers around the globe to promote the expansive product line extensively.”

Furthermore, WBCP is gearing up for

, which is scheduled for release in December 2018, and will be a major focus during Licensing Expo 2017, along with new opportunities for J.K. Rowling’s Wizarding World, which includes the

“Warner Bros. World Abu Dhabi will be a state-of-the-art themed experience that authentically brings some of the studio’s most iconic characters and stories to life under one roof for the first time in the Middle East,” says Lifford. “We have been closely collaborating with our partners at Miral to construct immersive worlds that resonate with precise details and are thrilled to share these unique experiences with fans next year.”

Following what Lifford says was a record-breaking year for WBCP in 2016, she is confident in the future based on the people, structure and goals of the division, which includes being a world-class organization.

“We are more nimble and flexible than ever before,” explains Lifford. “We are meeting with retailers on a regular basis, and it’s something that licensees have not seen from our organization. We are highly creative and innovative in our approach to the business and products; we are now investing in technology and are active in the inventors’ community.