Warner Bros. has partnered with Wargaming.net to support the upcoming action thriller Dunkirk with a suite of World War II action video games. 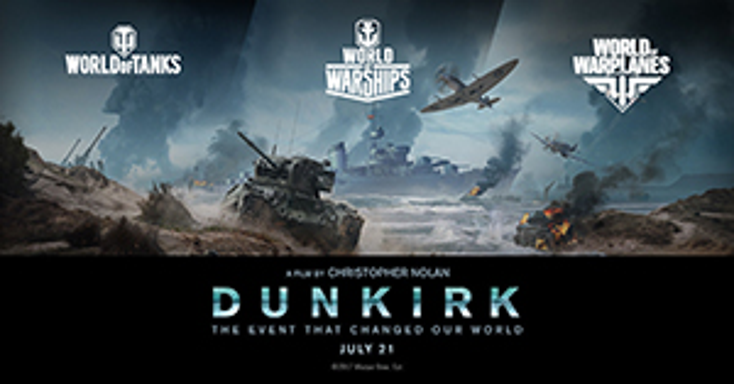 Wargaming is on board to commemorate the 77th anniversary of the historic event within its video games. 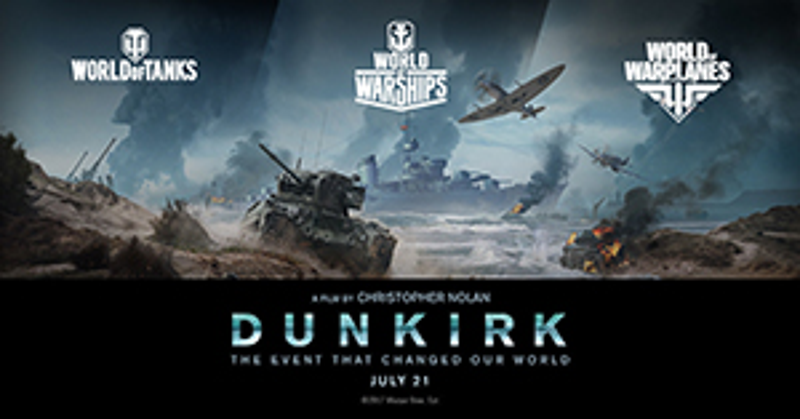 Through the partnership, Wargaming will commemorate the 77th anniversary of the crucial turning point in World War II through a host of “Remember Dunkirk” anniversary events and offerings across its entire slate of combat video games. In July, the company will also add more events to its “Battle Tribology” video games.

will be an unforgettable film about one of the most momentous accomplishments of World War II," says Erik Whiteford, head, marketing, Wargaming America. "We are honored to be in a partnership with a creative endeavor that shares our passion for honoring and preserving the incredible events that define that era."

The “Miracle of Dunkirk” took place May 26 – June 4, 1940, when thousands of Allied soldiers were trapped by advancing German forces on the beaches of Dunkirk, France. As the battle continued,

many were transported to safety by the combined efforts of both military and civilian vessels. The history of the massive evacuation, as well as the personal stories of those involved, will unfold in the upcoming film

, which will launch in theaters, July 21.