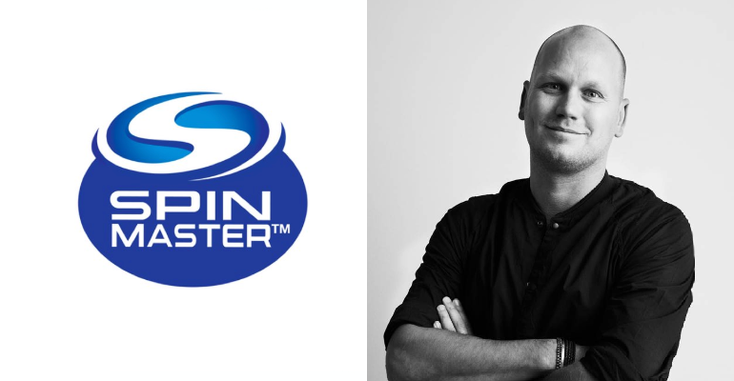 In his new position, Loving will be responsible for evolving Spin Master’s digital strategy. He will have oversight of the company’s digital studio in Los Angeles, which creates digital games and digital components that merge physical toys into connected play experiences for Spin Master’s own IP as well as third-party apps. Additionally, Loving will look to expand Spin Master’s leadership position in the children’s mobile app space as he will oversee the company’s Toca Boca Studio in Stockholm and Sago Mini Studio in Toronto, which combined have more than 350 million downloads and 25 million monthly active users.

A gaming industry veteran, Loving has worked in interactive entertainment for 15 years, leading,

building and growing both game development studios and blockbuster games, including the critically acclaimed “Battlefield” franchise. He is the former executive vice president, digital and interactive at Psyop, former head of studio and a board member for Rovio. Most recently, he has focused his efforts on establishing and assisting entertainment companies leading a new wave of fresh, interactive storytelling for games, film, television and beyond.

“Fredrik’s reputation as an interactive storyteller and his track record of developing high-performance teams in gaming will be an incredible asset for Spin Master as we continue to innovate within this space, creating immersive experiences and growing our digital gaming presence,” says Ronnen Harary, co-chief executive officer, Spin Master.