The retailer has opened its first stand‐alone boutique in Hainan, China. 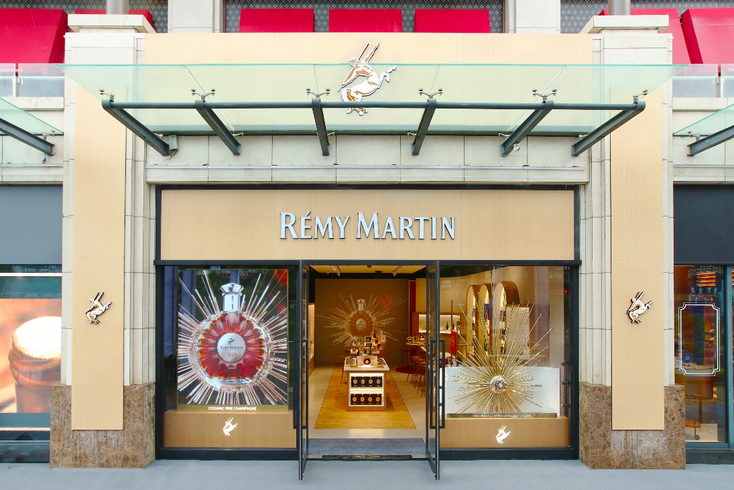 A sensorial and contemporary retail experience, it invites clients to immerse themselves in the story of the “appellation d’origine contrôlée” (AOC) Cognac Fine Champagne.

“Our new boutique concept is designed to immerse visitors in our origins, our terroir of Petite Champagne and Grande Champagne,” says Philippe Farnier, chief executive officer, House of Rémy Martin.

“It offers them an interactive and, above all, emotional way to discover all the

facets of Rémy Martin,” says Matthieu Redois, retail design director, House of Rémy Martin. “For this new retail identity, I wanted to create a modern architectural showcase for the brand while recalling the warmth and generosity you experience when you arrive at the House in Cognac.”