Storybooks based on the animated series will also be launched later this year. 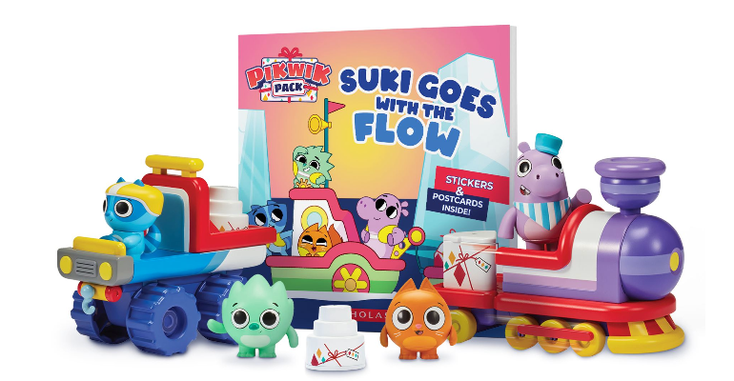 "Pikwik Pack" storybooks by Scholastic Publishing are also launching this month on Amazon, with Target set to launch the collection online later this year.

"Pikwik Pack" follows four animal friends as they work together

to deliver magical surprises to the kind citizens of their bustling town. Season 1 of "Pikwik Pack" is now streaming on Hulu in the U.S., and the series is broadcast weekly on Treehouse in Canada. Other international broadcasters include Tiny Pop in the U.K. and Disney+ in Australia and New Zealand. Later this year, the show will launch on Super RTL in Germany, YLE in Finland, Canal Panda in Portugal and Spain, HOP in Israel, Minimini+ in Poland, Channel 5 in Singapore, Gloobhino in Brazil and Disney Channel in Korea and India.