The game takes cues from the long-running animated comedy. 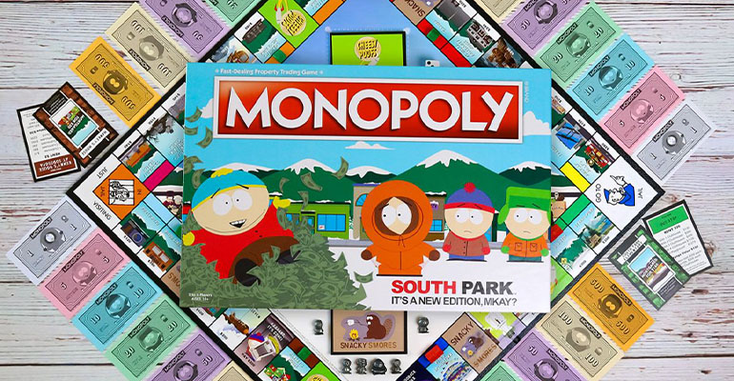 Monopoly: South Park – It’s a New Edition, Mkay? is a collector’s edition remix that brings memorable moments, characters, and episodes to the tabletop. The game, which is available now, features “South Park” locations such as Imaginationland, South Park Elementary and Kyle’s Toilet. Players can choose from one of six custom-sculpted tokens resembling Stan, Kyle, Cartman, Kenny, Butters and Token. Instead of houses and hotels, players can set up clubhouses and playgrounds across the board. Cheese Poofs and Snacky S’mores have replaced the standard Community Chest and Chance cards. The “South Park” Monopoly money features character faces, (including Wendy) on each increment from $1 to $500.