Global Merchandising Services continues to grow the licensing program for One Direction with new partners in the Middle East, Latin America, Europe and the U.S. 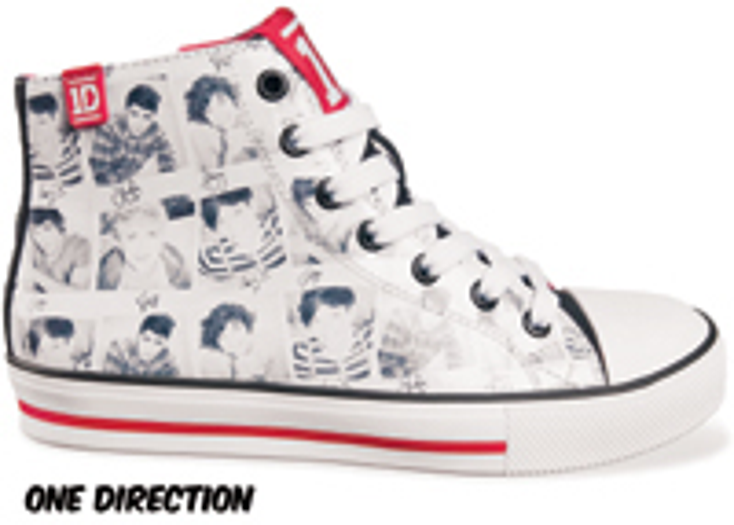 Global Merchandising Services continues to grow the licensing program for One Direction with new partners in the Middle East, Latin America, Europe and the U.S. as the boy band readies the release of its fifth album later this year.

In Latin America, Confiteca has come on board in the confectionery category, while Lojas Riachuelo has renewed its apparel, nightwear, footwear and accessories license in Brazil.

In the U.K., Ecell Global is planning a line of mobile accessories, and a number of existing licensees have extended their deals including Kerry Foods, MV Sports, Easy Karaoke and Gioia.

In Italy, Seven will continue to produce its back-to-school range.

Finally, in North America, Universal Posters has extended their agreement for personalized gifting and a number of partners have renewed their licenses including Advanced Graphics, Church & Dwight and Fathead. Additionally,

1D footwear will be released this month via licensing partner Leomil at Kohl’s and Famous Footwear retail stores across the country.

“We’re delighted to be working with partners in territories such as the Middle East," says Jens Drinkwater, licensing manager, Global Merchandising Services. "1D visited some countries for the first time last year during the first leg of the 'On The Road Again Tour,' playing stadium shows in South East Asia, South Africa and Dubai. In the second half of 2015, their presence will be felt in North America and the U.K. as the record-breaking tour continues. Anticipation amongst fans is higher than ever to hear their fifth album later this year, which will be their first as a four-piece.”