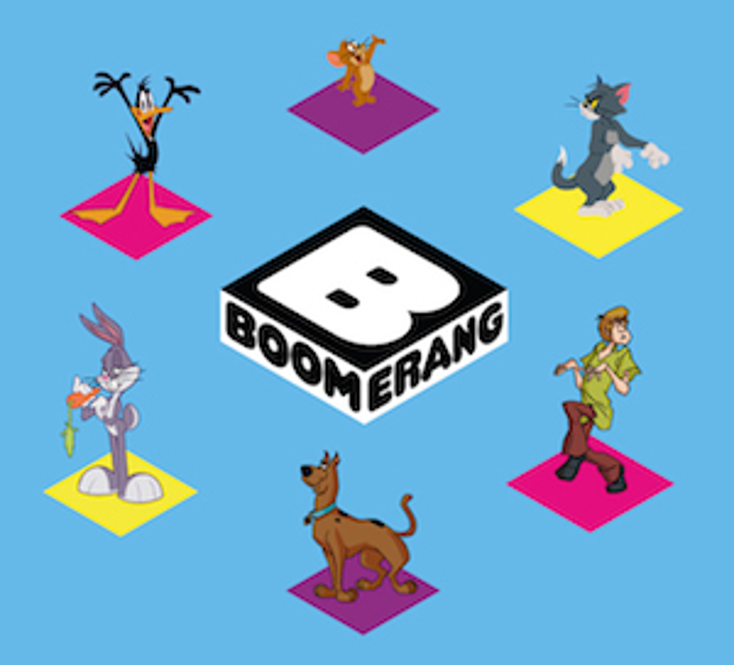 Turner Broadcasting is re-launching its second flagship kids' brand, Boomerang, as a global all-animation, youth-targeted network that will be repositioned with a lineup of classic and contemporary cartoons for family co-viewing.

Drawing upon its large animation library, which consists of Warner Bros., Hanna-Barbera, Cartoon Network and MGM studios television and theatrical shorts, series and specials, Boomerang’s on-air schedule will be anchored by favorites such as "Tom and Jerry," "Looney Tunes," "The Powerpuff Girls" and "Scooby-Doo." Boomerang will also feature a slate of newly acquired contemporary series as well as a refreshed on-air environment and, for the first time, exclusive original content across its 13 international feeds.

“The re-launch of Boomerang as a second flagship channel is a testament to its global appeal,” says Gerhard Zeiler, president, Turner Broadcasting System International. “We are extremely proud to see this channel move into its next incarnation with a look

and feel that conveys its quality and contemporary position. This represents a further step in our strategy to build on the success of our international kids' network.”

“Boomerang has always been a timeless favorite with multi-generational appeal,” says Christina Miller, president and general manager, Cartoon Network, Adult Swim and Boomerang U.S. “We see this as a unique opportunity to not only redefine the family co-viewing experience, but to grow and leverage our overall global kids portfolio and position it across all platforms in conjunction with Cartoon Network."