Limited-edition collection debuts in the 29th edition of the “Grateful Dead Almanac.” 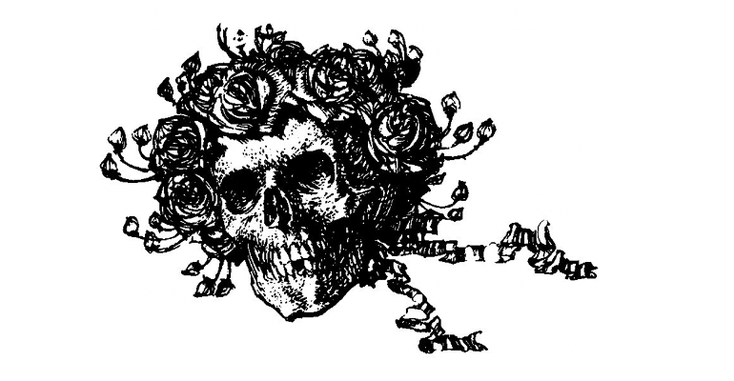 The Grateful Dead celebrate the words of Robert Hunter with the first collection of official merchandise to showcase prose turned by the band’s lyricist.

The Dead’s new line of Hunter-inspired apparel and accessories debuted in the 29th edition of the annual “Grateful Dead Almanac.” Continuing the Hunter-centric theme, the new issue features original artwork provided by Hunter’s wife, Maureen Hunter. The cover also calls out one of his compositions, “Ripple,” with a line from the song: “…between the dawn and the dark of night.”

Available now exclusively at Dead.net, the limited-edition lyric collection spotlights lines from “Dark Star,” “Truckin’,” “Terrapin Station” and “Ripple.” The collection is produced sustainably and made from either organic, recycled or eco-friendly materials. All of Hunter’s lyrics – as well as those penned by the band’s other lyricist, John Perry Barlow – are available for brand licensing opportunities as well.

The new issue of the Grateful Dead Almanac also

provides new details about the upcoming 10th anniversary for Dave’s Picks. The Grateful Dead archivist David Lemieux launched the live archival series in 2012, taking up the mantle of his predecessor and mentor, Dick Latvala. Since Dave’s Picks Volume 1 debuted that year, the series has shipped more than 2 million discs. In addition, dozens of volumes from the series have reached the Billboard albums chart.

The annual subscription for Dave’s Picks 2022 is available now for pre-order exclusively at Dead.net. The first installment for 2022 (Volume 41) will arrive in February and features a previously unreleased recording of the band’s May 26, 1977, performance at the Baltimore Civic Center.

Also, Dave’s Picks will make its vinyl debut on May 1. The first release will feature the Dead’s complete May 25, 1977, concert at the Mosque in Richmond, Virginia, which was first released on CD as Dave’s Picks Volume 1 in 2012. The upcoming five-LP set will be individually numbered and limited to 5,000 copies. Pre-orders for Dave’s Picks on vinyl are available now.

“Way back in the summer of 2011, when we were hard at work on creating the Dave's Picks series, four shows were the finalists for what would eventually, on February 1, 2012, become Dave's Picks Volume 1,” says Lemieux. “As we all know, May 25, 1977 in Richmond, Va., was selected but we nearly picked the show the very next night, on May 26, 1977, in Baltimore. We're thrilled with the selection of the Richmond show as Vol. 1, but always lamented that this meant Baltimore would stay on the shelf a bit longer. Well, let the lamentations end! We're thrilled to head into the 11th year of the Grateful Dead's archival release series with another magnificent night of music from the Spring Tour of 1977. If you like peak-era Dead, on a peak night of a peak tour, Dave's Picks Volume 41 is for you. And because it complements the Richmond show so perfectly, we're beyond excited that the Richmond show is now being released on vinyl, remastered from the master analog tapes by our good friend Dave Glasser, with audio supervision by series mastering master Jeffrey Norman, Dave's Picks Volume 1 is soon going to be arriving to your ears via the warm sounds of analog vinyl. Dave's Picks Volume 1 and Volume 41 are two nights of perfection. What a start to 2022!”