Feld Entertainment has unveiled details of the storyline for “Marvel Universe Live!” which will feature the most Marvel characters ever in one production. 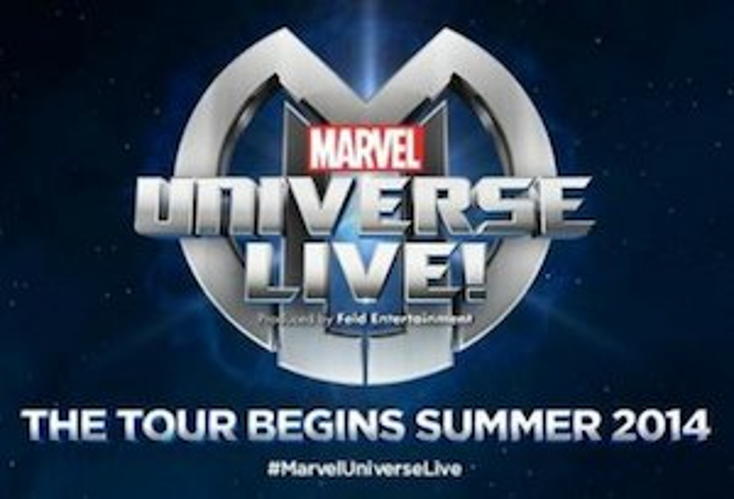 Feld Entertainment has unveiled details of the storyline for what it’s calling “the most ambitious live show in its history”–“Marvel Universe Live!”–which will feature the most Marvel characters ever assembled in one production.

Produced by Feld, the first-ever live Marvel tour makes its 85-city debut in July in Tampa, Fla., followed by the world premiere at New York City’s Barclays Center on Aug. 13. Tickets for are on sale now for the first leg of its North American tour that will feature stops in Washington D.C., Philadelphia, Nashville, Miami and Atlanta.

This arena spectacular will put fans in the middle of a battle between good and evil, with a story framed around the fight over the Cosmic Cube, the source of ultimate power and one of the most feared and coveted treasures in the Marvel Universe. The Cosmic Cube has been shattered into pieces and scattered across the globe by Thor in order to prevent it from falling into the wrong hands, but Thor’s villainous brother Loki devises a

scheme to clone its powers. To defeat Loki, Marvel’s biggest Super Heroes including The Avengers, Iron Man, Captain America, Hulk, Thor, Spider-Man and Wolverine, must band together to retrieve the Cosmic Cube fragments and unite them. Along the way, the Super Heroes will encounter some of their biggest adversaries including Green Goblin, Doctor Octopus, Red Skull, Madame Hydra, Aldrich Killian and Electro.

The show will feature aerial stunts, pyrotechnics and 3D projection that will utilize the entire arena floor, as well as a multi-level aerial space.

“This is the most ambitious undertaking in the more than 40-year history of Feld Entertainment. It’s the kind of show you always strive to produce but with so many advances in technology, now we truly deliver it to fans,” says Kenneth Feld, chairman, chief executive officer and show producer, Feld Entertainment. “We know this is going to be game-changing for the live entertainment industry as a whole and are making a tremendous investment to surpass the audience’s expectations at every performance.”

Get a behind-the-scenes look at what goes into creating the “Marvel Universe Live!” production here: