Universal Pictures has unveiled the new Fast & Furious 777 airliner in partnership with Etihad Airways, the national airline of the United Arab Emirates. 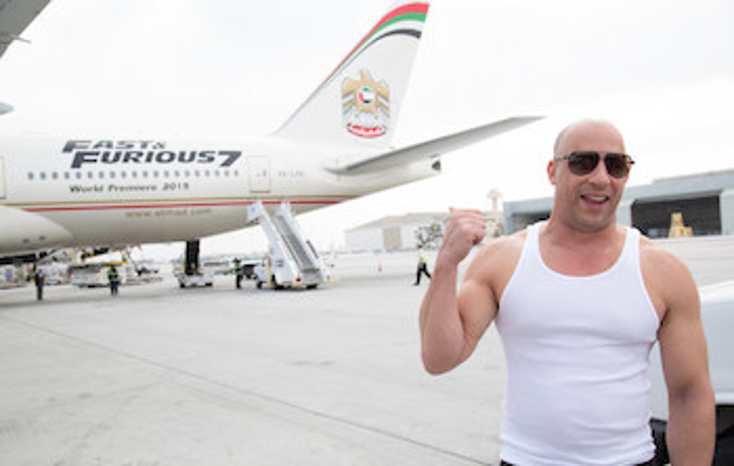 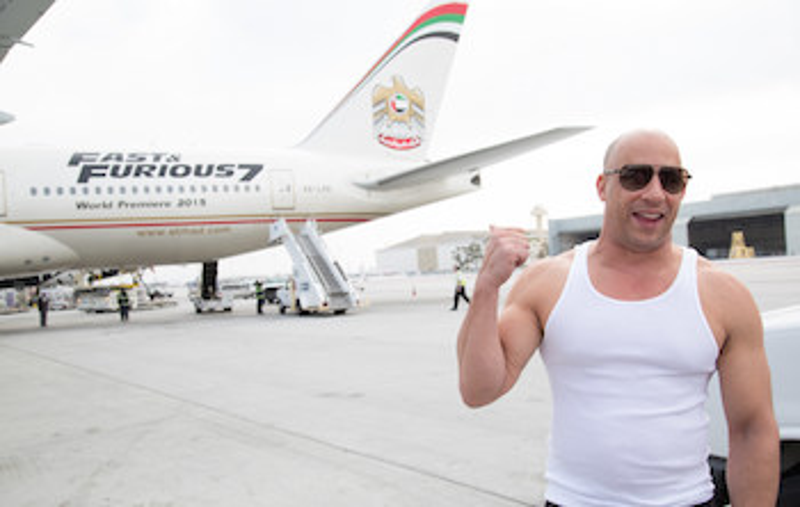 actor/producer Vin Diesel was on hand to debut the branded plane at Los Angeles International Airport Thursday, in advance of the film's premiere April 3.

A first for the franchise, the

777 will feature a branded decal on its exterior for the next 4-6 months as it travels between Abu Dhabi and Los Angeles.

"When we began filming

The Fast and the Furious

in 2000, if you told me that we would one day have our logo on a wide-body jet, I would have said you were crazy," says Neal H. Moritz, producer for all seven films in the series. "We are so honored that Etihad has partnered with us to support this very personal film, and we thank the people of the United Arab Emirates for all the kindness and graciousness they showed throughout production."