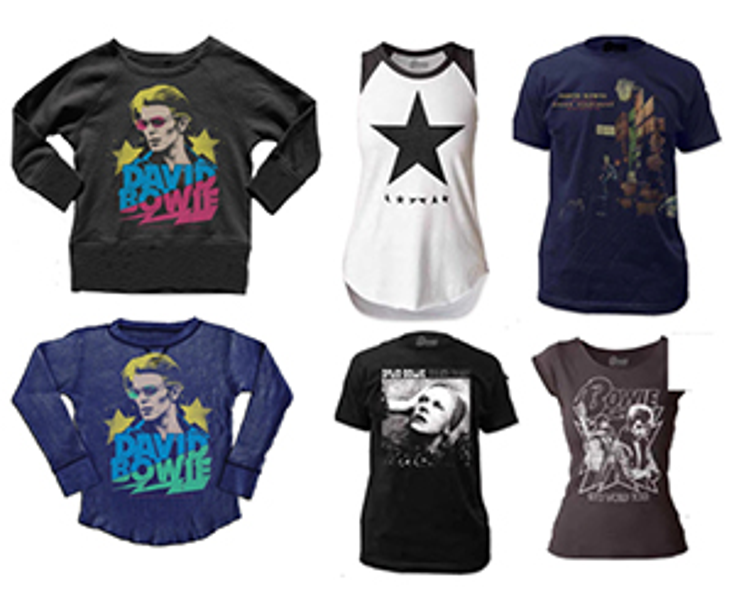 Bioworld, Brown Trout, Pyramid, Perri’s Leathers and more are also on board to release new products inspired by the iconic musician.

As Bowie’s agents, the two companies intend to release a comprehensive range of apparel, memorabilia and assorted merchandising that utilizes the singer’s iconic imagery.

Additional partners are set to be revealed in the coming weeks with new merchandise rolling out this year.

Bowie was an English singer, songwriter and actor and was a figure in popular music for more than five decades. During his lifetime, his record sales, estimated at 140 million worldwide, made him one of the world’s best-selling music artists. He was inducted into the Rock and Roll Hall of Fame in 1996, and is known for hits such as “Space

Oddity,” “Heroes,” “Let’s Dance,” “Under Pressure” and “Starman,” among many others. Bowie remained musically active until he died of liver cancer two days after the release of his final album, “Blackstar,” in 2016.

Dell Furano, founder and CEO of Epic Rights, will be offering exclusive insights into the world of music licensing at the NYC Summit, March 2-3.

To find out more and buy tickets while they last, click here